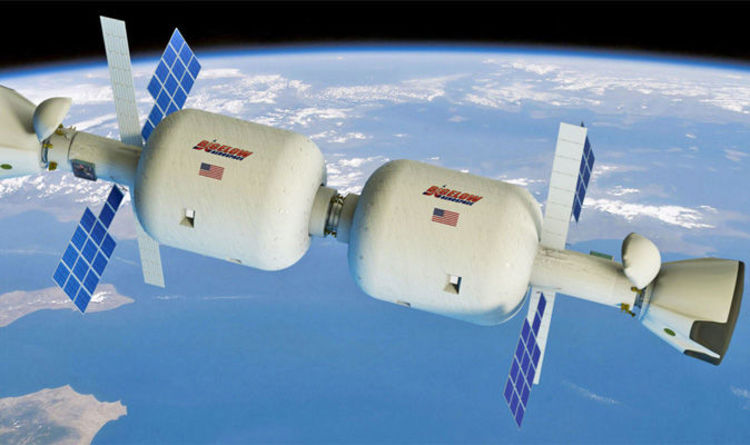 
Mr Bigelow made his billions through hotel chain Budget Suites but has now set his sights on the stars with the launch of his new company Bigelow Space Operations (BSO).

The 72-year old has vowed to outdo the likes of NASA with a “monster” space station which will act as a hotel.

Two 55-foot inflatable modules called B330-1 and B330-2 will be launched into space where humans will be able to stay.

And the company plans to sell some of the space on board the capsules to countries in need of a space laboratory similar to the International Space Station (ISS).

The capsules will also be open to paying members of the public.

BSO said in a statement: “These single structures that house humans on a permanent basis will be the largest, most complex structures ever known as stations for human use in space.”

The modules will be approximately 250 miles above Earth and will be available to nations, corporations, and space tourists.

Mr Bigelow said that the B330s are “very far along in fabrication.

“They will be ready for launch in 2021.” In October last year, the parent company of BSO, Bigelow Aerospace, announced it was teaming up with the United Launch Alliance (ULA) to send an inflatable habitat to orbit the moon.

The potential lunar satellite will hopefully be launched in 2022 and could one day serve as a moon depot.

Bigelow Aerospace president Mr Bigelow said at the time: “We are excited to work with ULA on this lunar depot project.

“Our lunar depot plan is a strong complement to other plans intended to eventually put people on Mars.

“It will provide Nasa and America with an exciting and financially practical success opportunity that can be accomplished in the short term.”