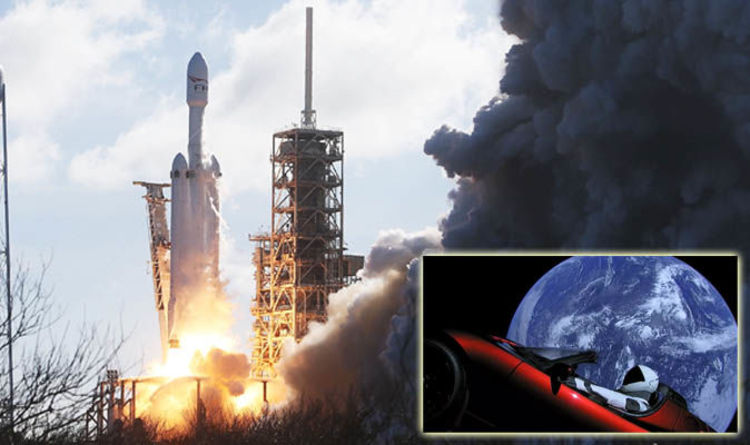 Destined for the orbit of Mars and after multiple delays, the rocket blasted of from Florida’s Kennedy Space Center on Tuesday evening.

Thousands cheered as the world’s most powerful rocket surged into space from the Kennedy Space Centre in Cape Canaveral, Florida, just after 3.45pm EST (8.45pm GMT).

Its payload: An original 2008 cherry red Tesla Roadster belonging to SpaceX owner Elon Musk, which was blasted into the atmosphere with David Bowie’s hit song “Space Oddity” played on repeat.

The 2008 roadster is now headed towards the red planet Mars after completing one final engine burn towards a “trans-Mars injection”.

Why did SpaceX launch a Tesla into space?


We want a new space race. Space races are exciting


The car, which is being ‘driven’ by a mannequin named Starman, is now destined for an astronomical road-trip to the Red Planet.

Unfortunately, while the rocket’s launch and landing were a complete success, Mr Musk revealed yesterday (February 7) that the Tesla has taken a wrong turn and will now plough straight into an asteroid belt.

A diagram of the car’s trajectory shows it missing Mars’ orbit and looping back round towards the inner-solar system before reaching the dwarf planet Ceres, which orbits between Mars and Jupiter.

After the launch, the South African-born businessman threw down the gauntlet and challenged SpaceX’s rivals to a “new space race”.

He said: “I think it’s going to open up a sense of possibility. We want a new space race. Space races are exciting.

“I think it’s going to encourage other companies and countries to say, ‘hey, if SpaceX, which is a commercial company, and it can do this, and nobody paid for Falcon Heavy, it was paid with internal funds’, then they could do it too.

“So I think it’s going to encourage other countries and companies to raise their sights and say, ‘we can do bigger and better’, which is great.” 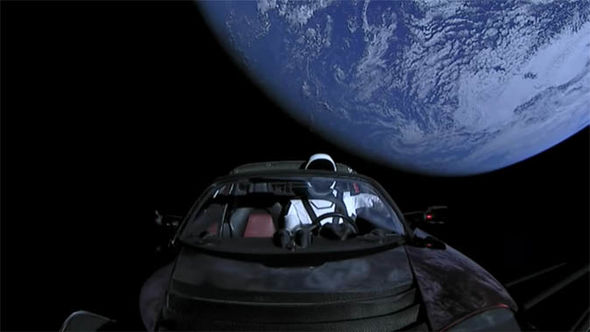 SpaceX Falcon Heavy launch: The Tesla is set to miss the Mars orbit

But Mr Musk stressed that space travel is not for the faint-hearted, adding that the Falcon Heavy project was almost cancelled altogether.

He said: “Our investment to date is probably a lot more than I’d like to admit. Over half a billion, probably more.

“We tried to cancel the Falcon Heavy program three times at SpaceX. Because it was like, ‘man, this is way harder than we thought’.

“The initial idea was just, you stick on two first stages as side boosters — how hard can it be? Way hard.”

Never Shower During a Thunderstorm. A Physicist Explains Why : ScienceAlert
The US Navy Put Cameras on Dolphins And The Results Are Wild : ScienceAlert
A Nuclear War Could Starve Billions, But One Country May Be Safer Than The Rest : ScienceAlert
You’re Probably Taking Your Pills Wrong, New Study Finds : ScienceAlert
Researchers in South America Discover a New Species of Tiny but Tough Dinosaurs : ScienceAlert