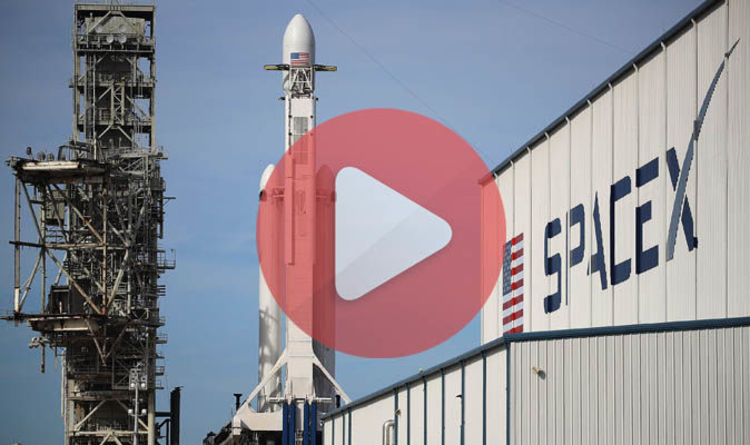 
Built by Elon Musk’s SpaceX company, the Falcon Heavy is due to launch from Florida at about 8.45pm this evening (3.45pm local time), carrying a Tesla Roadster – also owned by the billionaire.

Viewers will be able to stream the entire launch using the video link at the top of this page.

The broadcast promises to include stunning footage from a number of high definition cameras, as well as commentary and analysis from the SpaceX team.

Ahead of liftoff Musk told Business Insider that he would be happy if the rocket “clears the pad and doesn’t blow the pad to smithereens”.

He added: “We’ve done everything we could do to maximise the chances of success of this mission.

“I think once you’ve done everything you can think of, and if it still goes wrong, well, there’s not much more, there’s nothing you could have done. And I feel at peace with that.”

Falcon Heavy will be the most powerful rocket to blast off since NASA’s Atlas 5.

SpaceX said: “When Falcon Heavy lifts off, it will be the most powerful operational rocket in the world by a factor of two.

In an unusual twist, Musk has decided to load the rocket with a Tesla electric car blasting out David Bowie’s classic Space Oddity, explaining that normal test flights are too “boring”.

With a total of 27 engines, the Falcon heavy has been branded the most powerful spacecraft currently in existence.

At 70m tall and 12.2m wide, the powerful rocket can carry 60 tonnes worth of cargo into Low Earth Orbit and nearly 17 tonnes to Mars.

The Heavy launch was initially pencilled in for blast off in January, but several delays pushed the date back by a month.