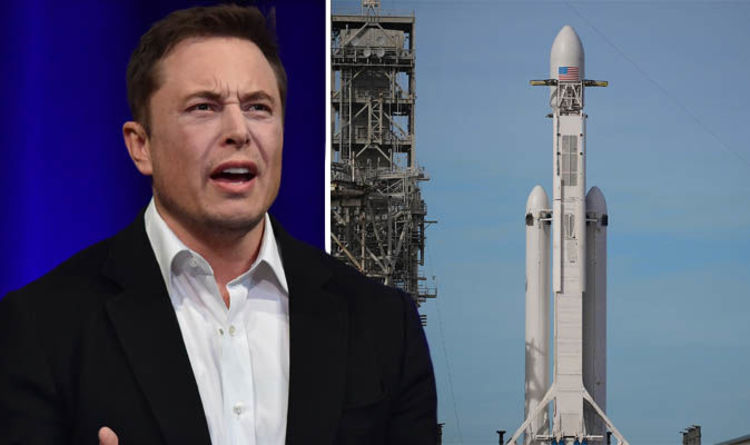 
SpaceX founder Elon Musk took to Twitter to confirm a new launch time window after the Falcon Heavy lift off was pushed back by more than two hours.

The clock is now ticking for SpaceX, after the tech billionaire teased the launch auto-sequence will kick off at 3.45pm EST (8.45pm GMT).

The severe delay comes hours after the Falcon Heavy was scheduled to blast off from Launchpad 39A at the Kennedy Space Center in Cape Canaveral, Florida.

If the launch finally goes ahead according to plan, SpaceX will stream the entire endeavour online.

The Falcon Heavy was initially prepared for launch in January, but the space mission was pushed back by over a month due to unforeseen delays.

SpaceX teased on Instagram ahead of the launch date: “The first test flight of Falcon Heavy is targeted for Tuesday, February 6th at 1:30 PM ET from Launch Complex 39A at Kennedy Space Center in Florida.

If the weather conditions do not further deteriorate before the launch sequence, the Falcon Heavy will be the world’s first rocket to send a car flying into space.

Mr Musk revealed his grandiose plan earlier in December last year, when he pledged to up the ante on the Heavy’s maiden voyage.

The Falcon Heavy will deliver the cherry-red sports car into space in a bid to test the rocket’s spacefaring capabilities for future manned mission to Mars.

Mr Cox tweeted today: If all this works and all three pieces of the Falcon Heavy return to base it will be the coolest thing – and a significant step on the road to creating a spacefaring civilisation.

Among the other notable space experts anticipating the monumental launch, is veteran astronaut Buzz Aldrin who is waiting for the launch from Cape Canaveral.