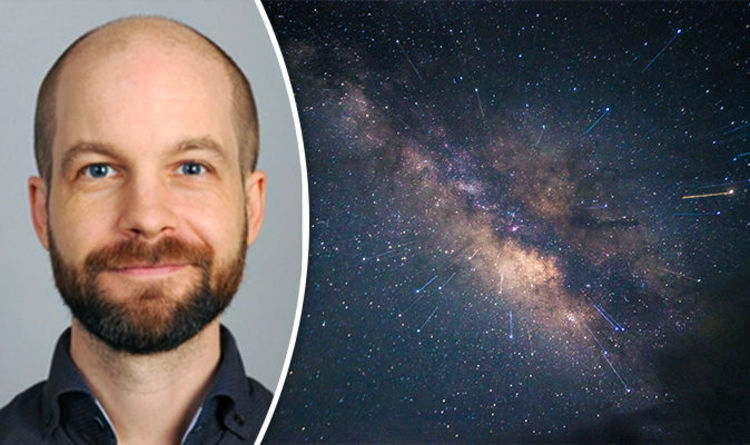 
Researchers are perplexed by repeating bursts of radio waves that currently originate from the same location.

The fast radio bursts (FRBs) come from a dense stellar core near an extraordinarily powerful magnetic field like one near a massive black hole, according to a study.

Study co-lead author Jason Hessels, an astrophysicist at the University of Amsterdam, said: “It is the only known repeating fast radio burst source.”

FRBs last just milliseconds and can give off more energy in a fraction of a second than the sun does in weeks.

They were discovered only in 2007 and while researchers have detected 20 or so in the last decade, it is estimated such flashes might occur as many as 10,000 times a day across the entire sky, according to researchers in the study.

Because of their brief nature, FRBs are a mystery and there is much to discover about their origins.

Prior work suggests some possibilities include that they are cataclysmic events such as the evaporation of black holes and collisions between neutron stars.

Professor Hessels added: “A key question in the field is whether this repeating fast radio burst source is fundamentally different compared to all the other apparently nonrepeating sources.”

Scientists studied the FRB using the Arecibo Observatory in Puerto Rico and the in West Virginia to analyse data on 16 bursts.

A signal known as FRB 121102 can explode repeatedly which suggests it does not come from a cataclysmic event.

Professor Hessels said FRB 121102 comes from a star-forming region of a dwarf galaxy found about 3 billion light-years from Earth.

Hessels and his colleagues said in a statement that because astronomers can see it from such a great distance, the amount of energy in a single millisecond of each of these bursts must be about as much as the sun releases in an entire day.

Researchers focused on a feature of radio waves known as polarisation when studying the emissions.

Polarisation occurs because all light waves can ripple up and down, including radio waves.

FRB 121102’s waves are short and strongly polarised with most waves rippling in the same direction.

Co-author on the study and a researcher at the National Astronomy and Ionosphere Center at Arecibo Observatory, Andrew Seymour, said these are similar to radio emissions from young energetic neutron stars previously seen in the Milky Way galaxy.

When radio waves travel through magnetised or clouds of electrically charged particles, the direction they are polarised twists, which is known as Faraday rotation.

Hessels and other researchers found that FRB 121102 had radio bursts which were more than 500 times more twisted than those from any other FRB.

Hessels said in the statement: “I couldn’t believe my eyes when I first saw the data. Such extreme Faraday rotation is extremely rare.

“I and many others would love to know whether this fast radio burst phenomenon has a single or multiple physical origins.

“There is a whole host of telescopes coming online in the next few years that promise to discover many more such sources and to answer these questions.”