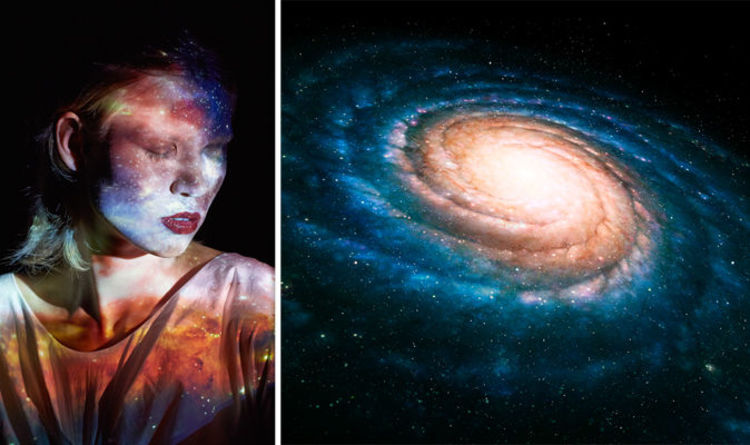 
Andromeda and the Milky Way are the two largest members of the Local Group.

The Local Group is a collection of more than 50 galaxies packed into a dumbbell-shaped region about 10 million light-years across.

But Andromeda devoured the third-biggest member of the family around 2billion years ago.

Professor of astronomy at the University of Michigan (UM) Eric Bell said in a statement: “Astronomers have been studying the Local Group — the Milky Way, Andromeda and their companions — for so long.

“It was shocking to realise that the Milky Way had a large sibling, and we never knew about it.”

Andromeda, also known as M31, is a prolific cannibal.

It is thought to have shredded hundreds of its similar kin over the aeons.

The number and complexity of the mergers make it tough to tease out the details of any particular one.

But Professor Bell and study lead author Richard D’Souza, a postdoctoral researcher at UM, managed to unpick it.

They used computer simulations to determine most of the stars in the faint outer reaches of Andromeda’s “halo” came from a single smashup.

D’Souza said in the same statement: “It was a ‘Eureka’ moment.

“We realised we could use this information of Andromeda’s outer stellar halo to infer the properties of the largest of these shredded galaxies.”

They were able to date the merger to about 2billion years ago and reconstruct some basic details of the long-dead galaxy.

Researchers said it was likely to be at least 20 times bigger than any galaxy the Milky Way has ever merged with.

M32, as the researchers call it, is apparently not completely gone.

“While it looks like a compact example of an old, elliptical galaxy, it actually has lots of young stars.

“It’s one of the most compact galaxies in the universe. There isn’t another galaxy like it.”

Why House Fly Barf Is an Overlooked Potential Vector of Disease : ScienceAlert
A Robot on Mars Detected The Tremors of Meteorites Hitting The Red Planet : ScienceAlert
The Remains of This Recently Found Ancient Structure Are Even Older Than The Pyramids : ScienceAlert
This Is How Much Fossil Fuel The World Is Sitting on, And It’s a Time Bomb : ScienceAlert
There Are New FDA Safety Warnings About Breast Implants. Here’s What We Know : ScienceAlert