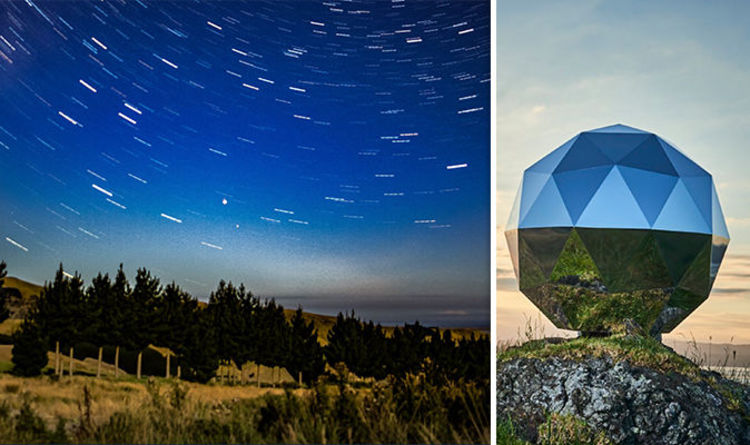 
The “Humanity Star” was projected into space from California on January 21 and was expected to orbit the world for nine months.

However, just weeks after launch it is already set to return to earth in a massive blaze of fire.

Rocket Lab founder, Peter Beck, in a statement: “In the coming days, the Humanity Star will begin its final descent into the Earth’s atmosphere where it will burn up on re-entry, leaving no trace.”

The 3-foot-tall, 23-pound satellite, made from carbon-fibre with 65 reflective panels, was designed to quickly rotate and reflect the sun’s light, similar to a disco ball.

The large glittering satellite was launched as a PR stunt.

Mr Beck continued: “Humanity Star was designed to be a temporary symbol in the night sky that encouraged everyone to look up, ponder humanity’s place in the universe and think about how we can work together as one species to solve the challenges facing us all.”

The Humanity Star will re-enter the atmosphere just after 9am tomorrow.

It is unknown exactly where the satellite will re-enter or how low it will get before it implodes.

The spectacle is also not expected to be replicated.

Rocket Lab’s website said: “The Humanity Star was designed to be a one-time, short-term experience.”

The star received a lot of criticism of some scientists who saw it as a publicity stunt.

David Kipping, an astronomer at Columbia University, reportedly said it was “stupid, vandalises the night sky and corrupts our view of the cosmos.”

However, defending the move Mr Beck said he hoped it had helped provoke conversations about humanity’s place in the universe.

He said: “While the Humanity Star was a brief moment in human history, I hope the conversations and ideas it sparked around the world will continue to be explored.

“These are the conversations that will play a part in shaping how we collectively manage our planet and work together to solve the challenges facing us all.”

Earth’s Inner Core May Right Now Be in The Process of Changing Direction : ScienceAlert
This Species of Carnivorous Plant Evolved Into a Toilet And Is Now Winning at Life : ScienceAlert
An Iceberg The Size of London Has Broken Free From Antarctica Ice Shelf : ScienceAlert
Scans of Mummified ‘Golden Boy’ Reveal He Was Covered in Magical Protections : ScienceAlert
There’s a ‘Lost City’ Deep in The Ocean, And It’s Unlike Anything We’ve Ever Seen : ScienceAlert