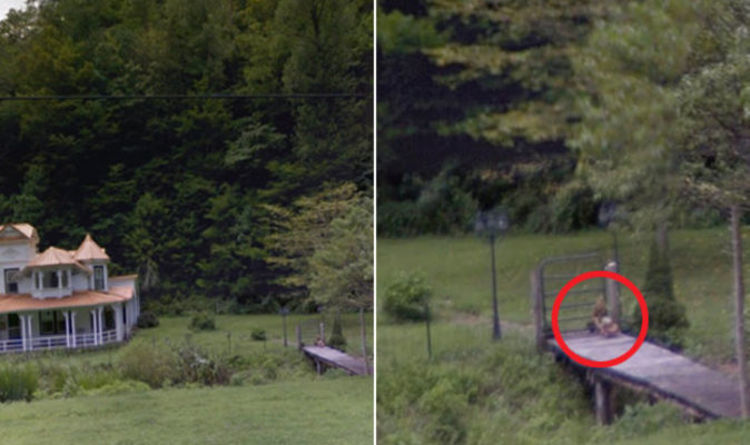 
The picture shows a large house with trees in the background.

However, on closer inspection, the faint figure of what appears to be a young boy can be made out on a bridge near the front garden.

Some viewers have said it looks as though he is staring at the camera while playing with a small toy car.

They shared the snap with the caption: “I was looking at this house that’s for sale on Google Maps and I’m convinced there is a ghost of a little kid sitting on the bridge! Thoughts?”

Viewers had mixed views about what was on camera.

One posted: “It gave me the chills. Makes you think there could be an afterlife.”

Another added: “It seems ghosts do exist.”

However, a third said: “Who’s to say it is not just a small boy crouching near the bridge?”

There have been a glut of images found on Google Maps with creepy figures found by sharp-eyed ghost hunters lately, including a girl in a front garden and a strange black figure in a bar.

Some have suggested they are evidence of the paranormal.

However, sceptics says it is just the effects of pareidolia with an active imagination.

Pareidolia happens when the brain tricks the eyes into seeing familiar objects or shapes in textures or patterns like clouds, rock surfaces or shapes that cannot be fully made out.