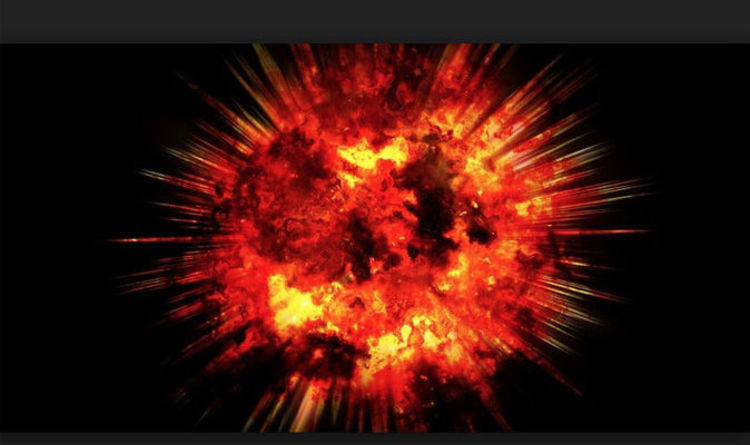 
Previously it was believed that the beginning of the universe was a ‘singularity’ – a moment beyond physics, beyond examination and simply beyond human understanding.

But an international team of researchers have re-written the physics books allowing cosmologists to see and investigate the very moment of creation – and perhaps even further.

The implications are profound.

The physics to precisely explain the moment of  creation would effectively render God and world religions redundant in a way which would make the Copernican revolution (proving the Earth was not the centre of the universe) seem a relatively minor moment in scientific history.

According to current thinking of scientific giants like Stephen Hawking, Roger Penrose, Edwin Hubble and Alan Guth, post-Einstein physicists dictates that it is impossible to see or investigate the moment of origin of the universe because physics simply breaks down.

The same collapse in understanding applies to black holes where the observer eventually hits a ‘singularity’ – the point at which all attempts to comprehend the maths and physics are doomed.

But now an international team of scientists and mathematicians have turned that notion on its head in a new paper which dispels the notion of the impossible-to-comprehend ‘singularity’.

Using mind-bogglingly complex maths and the extraordinary strangeness of the quantum world they claim the physics of both the origin of the universe and black holes ARE comprehensible and can be examined using existing, if cutting-edge, physics.

It should then be possible to not only probe the interior of a black hole but also to investigate and PROVE the origin of the universe and the creation of everything.

The paper, called Quantum no-singularity theorem from geometric flows, introduces the super-strange but provable quantum physics to disprove established notions of the singularity.

The paper has been accepted for publication in Int J Mod Phys A, and is present on arXiv as  arXiv:1705.00977

Author of the paper Prof. Mir  Faizal,  who is affiliated to   University of Lethbridge, Canada  and University  of British Colombia, Okanagan, Canada, said: “It is known that general relativity predicts that the universe started with a big bang singularity and the laws are physics cannot be meaningfully applied to a singularity.

“Furthermore, the Penrose-Hawking singularity theorems demonstrate that the occurrence of these singularities is an intrinsic property built into the structure of classical general relativity. It has been argued that such singularities will be removed by quantum effects, but such work to date has been done using different approaches to quantum gravity, and all these approaches have problems associated with them.

“To prove that the singularities are actually removed by quantum effects, we would need a quantum version of the  Penrose-Hawking singularity theorems, and this is what we have obtained in our paper.

The paper, co-written by Salwa Alsaleh, Lina Alasfar and Ahmed Farag Ali, opens by explaining how Einstein’s General Relativity predicts its own downfall due to singularities.

It also explains that even though it had been proposed that singularities can be removed by quantum effects, the previous work relied on specific models.

It predicts the existence of supersymmetry, and supersymmetry has not been discovered till date. Another approach to study quantum effects in general relativity is the loop quantum gravity, and but it has its own problems too ( for example, no one has been able to reproduce Einstein equations from loop quantum gravity by neglecting the quantum effects).

The theorem proven in this paper does not rely on a specific model of quantum gravity, but is proven by very general considerations, and is expected to hold no matter which approach to quantum gravity is the correct one. However, when quantum effects are neglected, the origin Hawking and Penrose results are reproduced in their formalism.

The paper  ends by concluding the center of black holes are not singularities and thus one day could be scientifically investigated.

The paper states: “The absence of singularity means the absence of inconsistency in the laws of nature describing our universe, that shows a particular importance in studying black holes and cosmology.”

Scientists Discover a Weird New Form of Ice That May Change How We Think About Water : ScienceAlert
JWST Has Accidentally Detected a Tiny Asteroid ‘Hidden’ Between Mars And Jupiter : ScienceAlert
More Life Than We Ever Realized Could Survive in The Deep Dark of The Ocean : ScienceAlert
Super-Rare Star System Is a Giant Cosmic Accident Waiting to Happen : ScienceAlert
Wildfire Destruction in The Western US Has Doubled in Just 10 Years : ScienceAlert