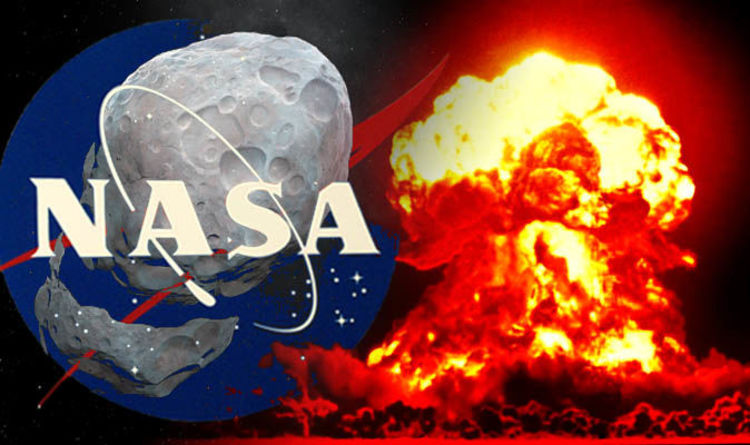 The ever present threat of speeding asteroids from the depths of space weighs heavily on the minds of the word’s greatest scientists.

Rogue asteroids have led to global-level extinction events in the past, having wiped out the dinosaurs some 65 million years ago.

According to NASA’s chief asteroid hunter, Paul Chodas, near-Earth objects (NEOs) “continue to pose a hazard” to the planet.

At the moment, there are well over 1,800 asteroids out there in space, described as ‘potentially hazardous’, sparking concern for the safety of Earth.

And over 16,000 NEOs of all sizes have been detected so far. Many of these would burn up in Earth’s atmosphere, but roughly 12,000 are more than 50m in size.

So how is the world’s leading space agency prepared to deal with the threat of asteroids? The answer could lie in the use of nuclear weapons.

The next time a monstrous space rock barrels towards the planet, NASA could carry out a daring plan reminiscent of the hit space-cataclysm movie Armageddon.

Recently unveiled plans point to a new type of spacecraft designed to deliver a nuclear payload to approaching asteroids.

The aptly named Hypervelocity Asteroid Mitigation Mission for Emergency Response (HAMMER), was designed by NASA, the US national Nuclear Security Administration and the US Energy Department.

With an 8.8 tonne “impactor” on the bulkhead, the spacecraft would be used to deflect smaller asteroids, or deliver a nuclear payload to bigger threats.

David Dearborn of the Lawrence Livermore National Laboratory explained: “If the asteroid is small enough, and we detect it early enough, we can do it with the impactor.

“The impactor is not as flexible as the nuclear option when we really want to change the speed of the body in a hurry.”

According to Mr Chodas, NASA would only need to alter an incoming asteroid’s trajectory by a minuscule amount to avert cataclysm.

The scientists said space agencies would need to this months or years in advance of impact. 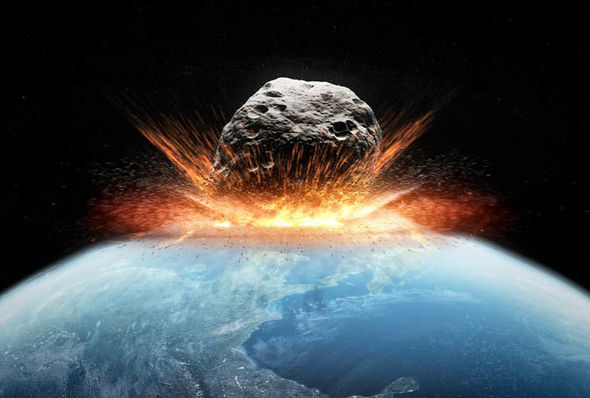 NASA HAMMER: Scientists believe an asteroid wiped out the dinosaurs 65 million years ago

He said: “Other techniques for deflecting an asteroid have been proposed as well, like ion-beam deflection, gravity tractors, or even a nuclear explosion to vaporize part of the surface.


If the asteroid is small enough, and we detect it early enough, we can do it with the impactor


“There are some current proposals to actually build spacecraft that could test out some of these technologies.”

But for the time being, HAMMER is nothing more than a concept vehicle without any concrete plans set in motion to actually build it.

A team of dedicated scientists will convene in May at an asteroid-research conference in Japan to discuss the feasibility of the spacecraft.

According to scientific journal Acta Astronautica, the HAMMER design was first introduced in a 2010 National Research Council report on the threat of undetected asteroids.

But the blueprints are yet to take off from the ground and materialise into an actual defence system.

And there is ample reason to think about the threat because hundreds of asteroids of various sizes pelt the planet on a regular basis.

NASA said: “Every day, Earth is bombarded with more than 100 tons of dust and sand-sized particles. 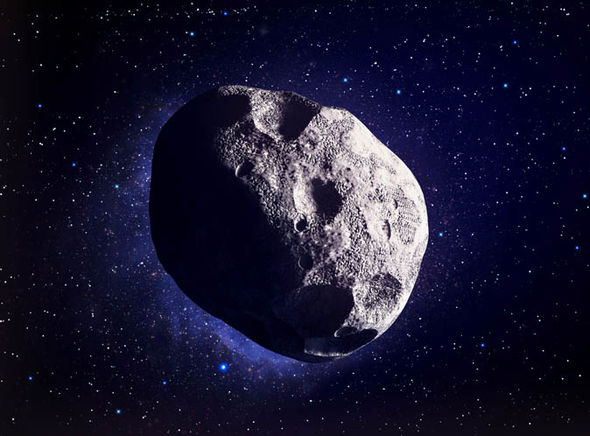 “Only once every few million years, an object large enough to threaten Earth’s civilisation comes along.

“Impact craters on Earth, the moon and other planetary bodies are evidence of these occurrences.”

This month at least 16 considerably large asteroids are expected to skim past the planet approaching almost as close as the moon.

The next asteroid to zoom by, the 27m wide Asteroid 2015 DK200, will approach Earth tonight on Saturday March 10.

Dogs Can Be Aggressive For Lots of Reasons, And One of Them Is You : ScienceAlert
Bacteria Can Use Plastic Waste as a Food Source, Which Isn’t as Good as It Sounds : ScienceAlert
This Species of Carnivorous Plant Evolved Into a Toilet And Is Now Winning at Life : ScienceAlert
Dozens in 7,000 Year Old Mass Grave Were Carefully Decapitated After Death : ScienceAlert
Study of 500,000 Medical Records Links Viruses to Alzheimer’s Again And Again : ScienceAlert