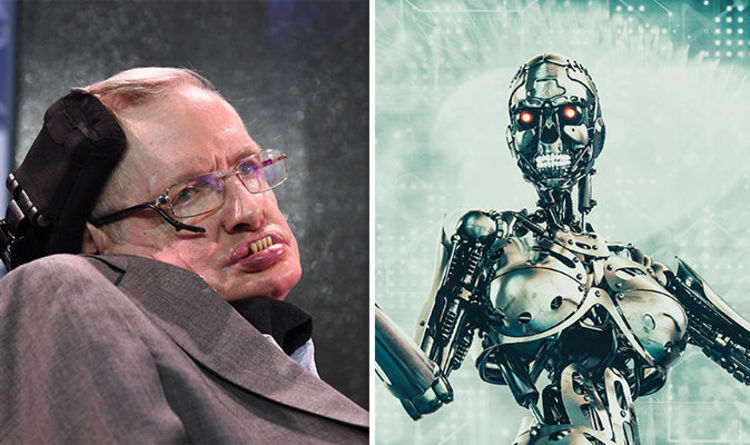 
In a new report, called The Malicious Use of Artificial Intelligence (AI), the authors – who are made up of AI researchers and civil liberties groups – warn that if breakthroughs in AI continue at the current pace then technology will soon become so powerful that it will outmanoeuvre many digital and physical defence systems.

Jack Clark, head of policy at OpenAI, San Francisco-based AI group whose backers include Elon Musk and Peter Thiel, said: “What struck a lot of us was the amount that happened in the last five years — if that continues, you see the chance of creating really dangerous things.”

The report also warns that drones and driverless cars could be commandeered and used as weapons and that malevolent AI could be used to organise swarms of drones.

Also, political systems could be hacked by using tools for online advertising and commerce to manipulate voters.

This will be based on “an improved capacity to analyse human behaviours, moods and beliefs on the basis of available data”.

Artificial Intelligence will make it easier for attackers by lowering the cost of devising new cyberweapons and making it possible to create more precisely targeted assaults, the experts warn.

The group includes researchers from the University of Oxford and the Electronic Frontier Foundation.

They have called for a wider public debate about the threats from AI by the early discussions around the gene editing technology Crispr.

But, the group does not offer specific recommendations for action.

Professor Stephen Hawking warned that AI could be the “worst event in the history of our civilisation”.

Speaking at the Web Summit technology conference in Lisbon, Portugal in November last year, the theoretical physicist reiterated his warning against the rise of powerful, conscious machines.

While Prof Hawking admitted that AI could be used for good, he also stated that humans need to find a way to control it so that it does not become more powerful than us as “computers can, in theory, emulate human intelligence, and exceed it”.

Looking at the positives, the 75-year old said AI could help undo some of the damage that humans have inflicted on the natural world, help beat disease and “transform” every aspect of society.

But, there are negatives that come with it.

Mr Hawking said: “Success in creating effective AI, could be the biggest event in the history of our civilisation. Or the worst. We just don’t know.

“So we cannot know if we will be infinitely helped by AI, or ignored by it and side-lined, or conceivably destroyed by it.

“Unless we learn how to prepare for, and avoid, the potential risks, AI could be the worst event in the history of our civilisation.

“It brings dangers, like powerful autonomous weapons, or new ways for the few to oppress the many. It could bring great disruption to our economy.”

Incredible ‘Fairy’ Robot Sails on The Breeze Like a Floating Dandelion : ScienceAlert
Orcas Are Contaminated With a Forever Chemical Associated With an Unlikely Product : ScienceAlert
Wildfire Destruction in The Western US Has Doubled in Just 10 Years : ScienceAlert
Bar Graphs Induce a Hidden Bias in Interpretation, Experiment Shows : ScienceAlert
Ancient Goo Spills The Secrets of How The Egyptians Mummified Their Dead : ScienceAlert