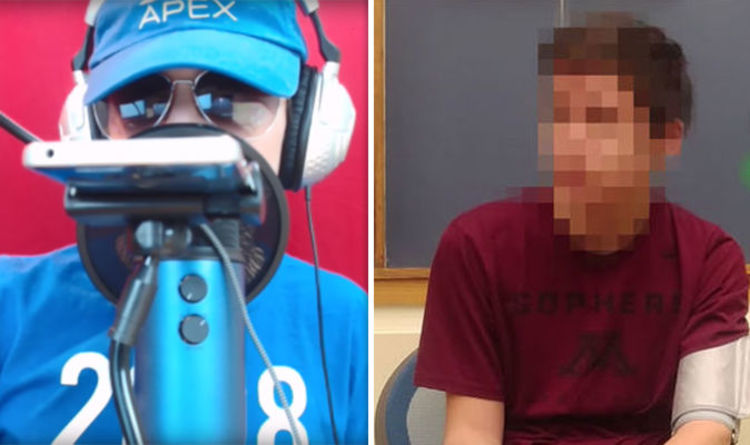 
Noah, who has not disclosed his last name in the hope of keeping his identity secret, admitted that his life was at risk during a two and a half hour live question and answers session with members of the public.

During the live stream, one concerned listener asked the time traveller: “Are you in any danger right now?”

Noah has taken part in a live interview on Youtube once before and claimed that he was later tortured by an unknown man for giving away information about the future.

Responding to the question the time hopper said: “Yeah, I’m in danger.

“Basically they threatened me, the people who interrogated me.

“What they told me was ‘don’t talk anymore’.

In a previous video on Youtube Noah claimed Donald Trump would be re-elected in 2020, and artificial intelligence would take over the world.

He argued Google robotics will spread across the world and will be developed to the point they can independently run a home like humans.

He also acknowledged Bitcoin will continue to be popular although ‘old-fashioned’ cash currencies will still be in use.

In the shock video Apex TV also claim Noah passes a lie detector, implying everything the man said is true.

After the time traveller admitted in his most recent live stream that he was in danger the man from the future received a sympathetic ear from the host of the video, fielding questions for Noah.

The presenter said: “It’s really brave of you to talk to us after that.”

Clearly concerned about his safety after he was interrogated, Noah responded: “It’s really stressful but I’m just trying to ignore it.

“I’m just trying to pretend that it never happened.”

Since his last interview, Noah has moved house to try and protect his identity.

While the time traveller has previously appeared on Apex TV in person, for his most recent interview he spoke over the phone in order to protect his location.

Scientists Create Shapeshifting Humanoid Robot That Can Liquefy And Reform : ScienceAlert
Newly Discovered Fossil Reveals Hundreds of Teeth ‘Never Seen Before in a Pterosaur’ : ScienceAlert
This Species of Carnivorous Plant Evolved Into a Toilet And Is Now Winning at Life : ScienceAlert
Dogs Can Be Aggressive For Lots of Reasons, And One of Them Is You : ScienceAlert
There’s a ‘Lost City’ Deep in The Ocean, And It’s Unlike Anything We’ve Ever Seen : ScienceAlert