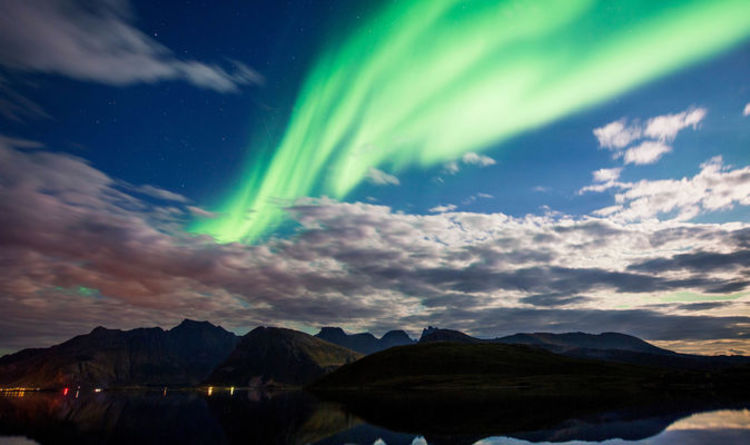 
The majestic natural sight can be seen in the skies above Britain, with colourful green, pink and purple.

The Aurora Borealis, as seen in the Northern Hemisphere, is a rare occurrence caused by the dance of electrically charged particles in the atmosphere.

The interplay of plasma released above the magnetic north pole leads to various hues of green, blue, yellow, red and violet to paint the sky.

The most common aurora colour is green, which occurs when oxygen molecules fact with the articles. The aurora turns blue or purple when reacting with nitrogen.

Will the Northern Lights be visible in the UK tonight?

Unfortunately, the Aurora Borealis outlook is not looking good for the UK.

According to website AuroraWatch, there is no significant activity reported This means Aurora is unlikely to be visible by eye or camera from anywhere in the UK.

What is the Kp index?

This is a scale of 0 to 9 known as the planetary index, which you can see in this map above.

Using this scale, it is easy to determine what kp number you need to have a chance of seeing auroras where you are.

So, for example, northern England is at around 6Kp while London is around 7Kp.

Sword Mistaken For Replica Is Actually An Ancient 3,000-Year-Old Weapon : ScienceAlert
One Simple Idea Makes It Much Easier to Manage Your Weight Over Time : ScienceAlert
This Physicist Says Electrons Spin in Quantum Physics After All. Here’s Why : ScienceAlert
Viagra Linked to Much Lower Risk of Death in Men, But Questions Remain : ScienceAlert
Losing Focus May Actually Boost Learning, Study Finds : ScienceAlert