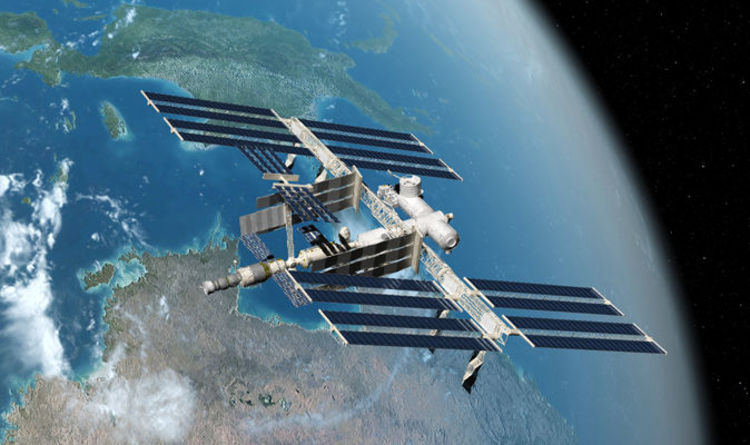 
Last week, astronauts on the ISS awoke to worrying news that a leak on space station was causing it to lose oxygen.

The six people on the ISS hurried to find the minute hole before they ran out of air.

It was originally thought the leak, which was fortunately quickly discovered and sealed, was caused by a tiny meteor which hit the ISS, but an investigation from Russia has revealed the puncture was man-made.

A special commission from the Russian State Space Corporation Roscosmos found that the hole was made from the inside, and not the outside – ruling out any impacts from space debris.

It also found drill traces near the hole.

Dmitry Rogozin, head of Roscosmos, is quoted by Russian news agency Tass as saying: “We are considering all the theories.

Mr Rogozin says everything is now being done to identify the culprit, hinting it could have been made by an employee on the ground at Energia Rocket – the Russian manufacturer of the space craft.

Mr Rogozin continued: “It is a matter of honour for Energia Rocket and Space Corporation to find the one responsible for that, to find out whether it was an accidental defect or a deliberate spoilage and where it was done – either on Earth or in space.”

One anonymous source at Energia told RIA Novosti that “the hole was made on the ground” and that “[t]he person responsible for the act of negligence has been identified”.

Another unnamed person said the hole was accidentally drilled by an Energia employee who patched it up, instead of reporting their mistake.

The second person told RIA: “Once in orbit, the glue dried and was squeezed out, opening the hole.”

However, Mr Rogozin implied that he is unconvinced it was an accidental hole, adding that the culprit has yet to be found.

He told reporters: “Now it is essential to see the reason, to learn the name of the one responsible for that.

“And we will find out, without fail.”

Many Cat Lovers Are Giving Their Cats Unwanted Affection, Study Suggests : ScienceAlert
Clinical Trial Restored Sight to 20 People With Corneas Made From An Unlikely Source : ScienceAlert
Robot Shows It’s Possible to Swim Through The Emptiness of a Curved Universe : ScienceAlert
Thinking Hard and Long Can Cause Brain Drain : ScienceAlert
For The First Time, Scientists Have Named a Heat Wave. Here’s Why It’s a Big Deal : ScienceAlert