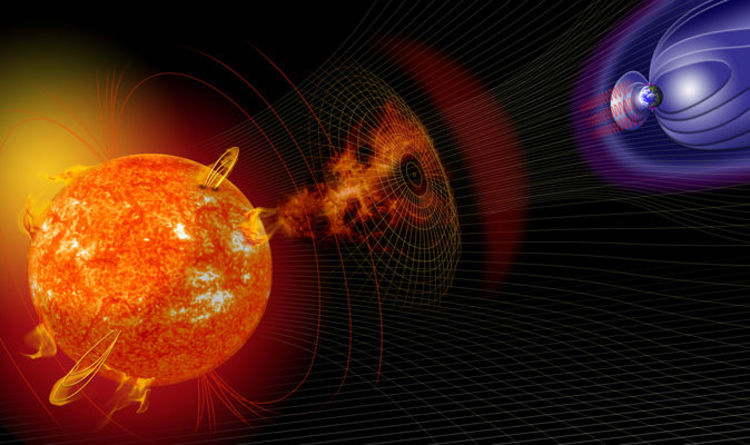 
The hole was spotted by satellites from US space agency ANSA on September 3, and experts warn it will blast the storms towards our planet.

The solar storm is expected to hit on September 7, according to data from NASA’s Solar Dynamics Observatory.

When a coronal hole opens in the Sun’s atmosphere, it releases solar particles into deep space.

Unfortunately for our planet, Earth is in direct line with the huge hole.

According to Space Weather: “A hole in the sun’s atmosphere is directly facing Earth and spewing a stream of solar wind toward our planet.

“This is a ‘coronal hole’ – a region where the sun’s magnetic field opens up and allows solar wind to escape.

“It looks dark in extreme UV images of the sun because the hot glowing plasma normally contained there is missing. In this case, the gaseous material is en route to Earth.”

Minor Google Meltdown Exposes The World’s Utter Reliance on a Single Tech Company
Plants Have Been Keeping a Secret From Us About How Thirsty They Actually Are : ScienceAlert
Astronomers Charted The Sun’s Life, And This Is How The Story Ends : ScienceAlert
New Predictions Reveal The Fate of The World’s Biggest Ice Sheet if We Don’t Act : ScienceAlert
Researchers in South America Discover a New Species of Tiny but Tough Dinosaurs : ScienceAlert