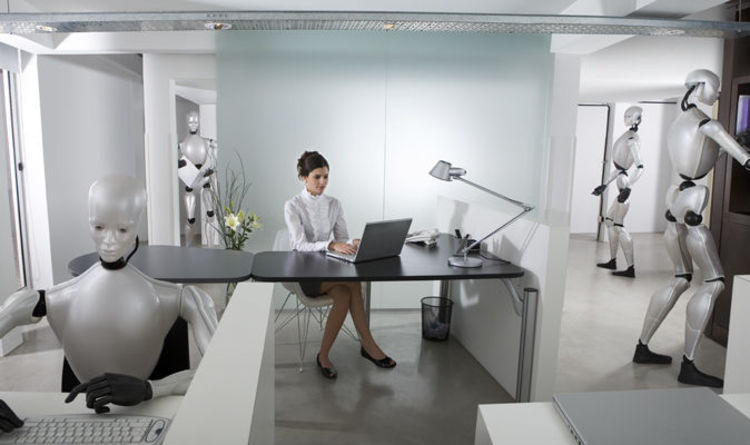 He says that the next industrial revolution will see robots take over in the office, with jobs such as accountancy particularly at risk from AI.

“All of a sudden it will be the machine replacing humans doing thinking things, as well as doing things.”

As a result, the chief economist has called on a huge skills drive so that those who are displaced by robots in the workplace will be better equipped to find a new career when the inevitable does happen.

Mr Haldane continued: “Given that the scale of job loss, job displacement is likely to be at least as large as that of the first three industrial revolutions, we will need even greater numbers of new jobs to be created in the future if we are not to suffer this longer term feature called technological unemployment.

He adds that the previous industrial revolutions had a “wrenching and lengthy impact on the jobs market, on the lives and livelihoods of large swathes of society.”

Mr Haldane: “Jobs were effectively taken by machines of various types, there was a hollowing out of the jobs market, and that left a lot of people for a lengthy period out of work and struggling to make a living.

“This is the dark side of technological revolutions and that dark-side has always been there.

“That hollowing out is going to be potentially on a much greater scale in the future, when we have machines both thinking and doing – replacing both the cognitive and the technical skills of humans.”

Universal basic income (UBI) has been touted as one possible solution for the inevitable mass-redundancies.

UBI would see corporate wealth equally redistributed throughout the population to mitigate for the job losses.

However, many disagree that this would work.

Billionaire Mark Cuban, owner of NBA team the Dallas Mavericks, was asked about UBI on Twitter, and he said: “No. I think it’s one of the worst possible responses.”

But it would seem that authorities will need to get a strategy in place sooner rather than later.

A previous study surveyed 350 academics on when they believed the crucial turning points in robot advancement would take place.

The team believe “there is a 50% chance of AI outperforming humans in all tasks in 45 years”.

The research, conducted by the University of Oxford, adds that all human jobs could become automated within 120 years, with those who work in the a driving capacity to be one of the soonest to be replaced, thanks to the introduction of driverless cars.

Ancient Burial of a Young Girl Shows How We Carried Our Babies 10,000 Years Ago : ScienceAlert
We May Finally Know Why Oceans in The Southern Hemisphere Are Getting So Warm : ScienceAlert
It Turns Out There Is Such a Thing as Good Gossip, According to New Research : ScienceAlert
Narwhals Are So Weird, Scientists Used Chaos Theory to Explain Their Behavior : ScienceAlert
‘Unbelievable’ Video Shows 2 Bees Working Together to Open a Soda Bottle : ScienceAlert