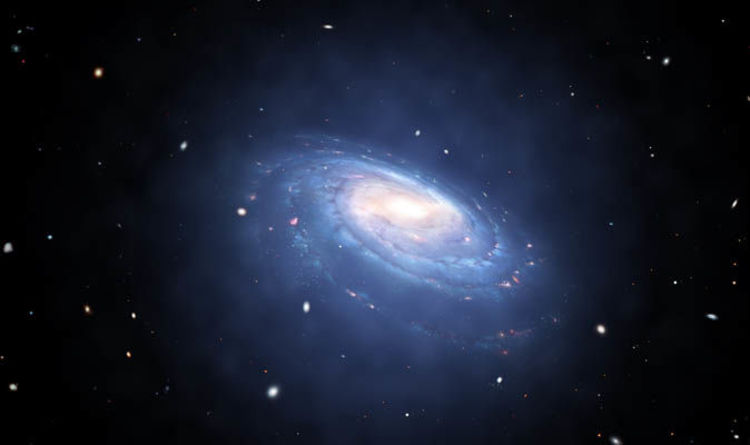 
But experts say it is the lowest radio emission received from beyond our Milky Way – and its source is therefore likely to be extremely powerful.

Theories suggest the signal, named FRB 180725A, could originate from a black hole – or even an alien civilisation.

FRBs were first discovered in 2007.

Only about 24 have been picked up since.

University of Nottingham astrophysics professor Christopher Conselice said the discovery could help pave the way for a greater understanding of what causes FRBs.

“We don’t know their origin, they could be caused by a number of things,” he said.

“They could be caused by exploding stars, supernova, exotic stars like pulsars, magnetars, neutron stars or massive black holes at the centre of distant galaxies.

“It could even be some other physical mechanism we don’t yet understand.”

Wolves Really Can Become Attached to Humans Like Dogs Can, Adorable Study Finds : ScienceAlert
There Are New FDA Safety Warnings About Breast Implants. Here’s What We Know : ScienceAlert
Early Puberty in Girls Surged in The Pandemic, And We May Finally Know Why : ScienceAlert
REM Sleep May Exist to Heat Your Brain Up From The Inside : ScienceAlert
JWST’s First Glimpse of Mars Reveals The Red Planet in a New Light : ScienceAlert