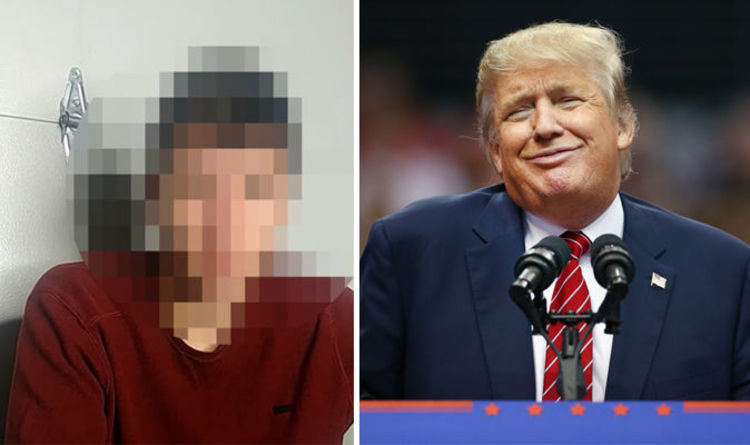 Speaking in a video uploaded to conspiracy theory youtube channel, ApexTV, he said: “I will tell you some future events.

“For the United States of America, the next President will be Donald J Trump. This is a fact from the future, I’m not here to influence anybody’s political opinions.”

He also claims to know who will be President more than a decade from now in 2030.

Noah said: “There will be a new president, Yolanda Renee King.

“She’s the first president to be in the new law where you’re able to be very young. She’s sworn into office at 21.”

Following in the ‘I have a Dream’ footsteps of her grandfather, Yolanda appeared on stage at the March for Our Lives march in March, campaigning for tighter gun control.

Current laws dictate that any presidential candidate must be at least 35 years of age, meaning that, as things stand, Yolanda would not be eligible.

However, trying to justify his claims, Noah does mention “a new law” which allows her to become leader – but does not go into detail.

This means that Ms King would only be 20 years old at the time of an election.

Donald Trump will be president until 2024 at the latest – if he gets to serve the maximum eight year term as Noah implies.

Fans praised Noah, with one commenting: “I’m really interested in time travel and wish I could also travel through time.”

Others were more sceptical, however.

One said: “Why are you making these kind of videos, they’re all fake bro.”

Ancient Burial of a Young Girl Shows How We Carried Our Babies 10,000 Years Ago : ScienceAlert
Superconductivity Model With 100,000 Equations Now Contains Just 4 Thanks to AI : ScienceAlert
Shimmering ‘Lakes’ Under The South Pole of Mars Might Be Something Else Entirely : ScienceAlert
Secret Clues in Tutankhamun’s Tomb Reignite The Idea That Nefertiti Is Hidden Nearby : ScienceAlert
3 Major Aquatic Animal Groups Can Trace Their Lineage to This Ancient Armored ‘Worm’ : ScienceAlert