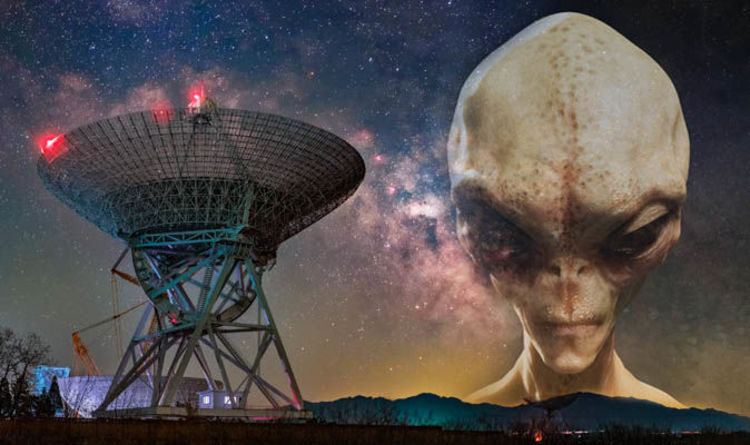 
The Search for Extraterrestrial Life (SETI) Institute uses the so-called Rio Scale to gauge how excited the public and scientists should be about discovering alien lifeforms.

The Rio Scale measures the potential consequences of humans picking up alien signals in space.

The SETI scale also measures the probability of the signals being genuine messages beamed to Earth by aliens.

A team of international researchers led by scientists at the University of St Andrews and the SETI Institute Mountain View, California, have now redefined the alien detection scale for a more modern age.

The Rio Scale update was published in the International Journal of Astrobiology, and takes into account the reach world news and social media.

Jill Tarter, co-founder of the SETI Institute, said: “The whole world knows about the Richter Scale for quantifying the severity of an earthquake; that number is reported immediately following a quake and subsequently refined as more data are consolidated.

“The SETI community is attempting to create a scale that can accompany reports of any claims of the detection of extraterrestrial intelligence and be refined over time as more data become available.

“This scale should convey both the significance and credibility of the claimed detection.

“Rio 2.0 is an attempt to update the scale to make it more useful and compatible with current modes of information dissemination, as well as providing means for the public to become familiar with the scale.”

The SETI scientists are hoping their revamped parameters can help the public better distinguish genuine reports of extraterrestrial activity from false claims and so-called fake news.

The Rio Scale operates on values from 0 to 10, where 0 denounces UFO claims as invalid and 10 signifies “Extraordinary” evidence.

A number of false alien hoaxes over the past years have forced SETI to revise how it looks at this scale against a dynamic 24-hour world news cycle and growing social media use.

In their paper, the scientists wrote: “The last 17 years have seen a significant increase in the number of groups active in SETI, coupled with an explosion in the production of media for public consumption.

“Stories about SETI are eagerly converted into newspaper articles, blogs and videos, in many notable cases without due diligence being paid to the credibility of the signal.

“Our revision of Rio (Rio 2.0) aims to quickly calibrate the public expectations of a reported signal and to educate them as to how SETI scientists evaluate a signal, from its initial detection through the various verification stages needed to determine if a signal is credibly from ETI.”

The team behind the paper hope the updated scale can help both the public and the scientific community better evaluate potential alien signs from space.

Towards this goal the researchers created an online version of the updated Rio Scale calculator which anyone can use here.

Lead researcher Dr Duncan Forgan, St Andrews, said: “It’s absolutely crucial that when we talk about something so hugely significant as the discovery of intelligent life beyond the Earth, we do it clearly and carefully.

“Having Rio 2.0 allows us to rank a signal quickly in a way that the general public can easily understand, and helps us keep their trust in a world filled with fake news.”

The Rio Scale 2.0 will be official ratified after the SETI Institute presents to the to the International Academy of Astronautics Permanent Committee on SETI.

Ancient Maya Cities Appear to Have Been Riddled With Mercury Pollution : ScienceAlert
Superconductivity Model With 100,000 Equations Now Contains Just 4 Thanks to AI : ScienceAlert
Engineers Gave a Car a Pair of Eyes to Make Future Roads Safer For Pedestrians : ScienceAlert
There Are New FDA Safety Warnings About Breast Implants. Here’s What We Know : ScienceAlert
Experts Estimate The Scale of The Nord Stream Pipelines Methane Leak : ScienceAlert