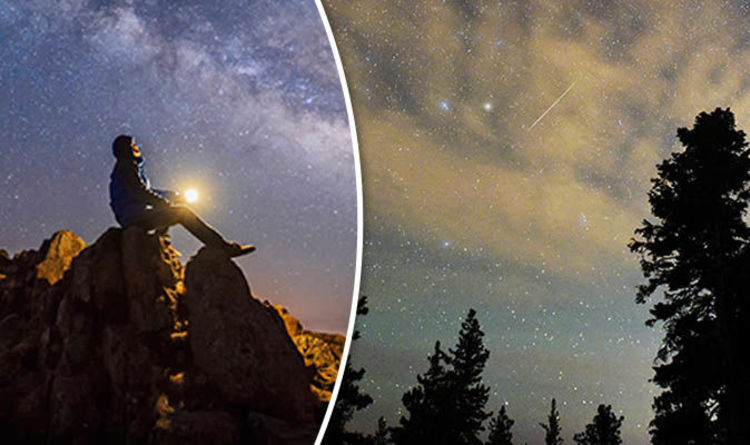 
Stargazers across the UK are looking forward to what NASA has described as “one of the best annual meteor showers” this evening.

The Quadrantids can produce up to 100 meteors per hour on a clear night but the best views could be blocked out by a dazzling supermoon, which peaked on New Year’s Day.

Fortunately, the Quadrantids regularly produce “fireball meteors” that should be bright enough to outshine the moon.

NASA said: “Quadrantids are also known for their bright fireball meteors. Fireballs are larger explosions of light and colour that can persist longer than an average meteor streak.

“This is due to the fact that fireballs originate from larger particles of material.

The Royal Observatory in Greenwich expects up to 60 meteors an hour to dash across the night’s sky for this year’s shower.

What time can you watch the Quadrantids in the UK?

Unlike most meteor showers, the Quadrantids only peak for a few hours and astronomers can only provide an educated guess as to when peak time will occur.

The Royal Observatory says the shower will be at their most active between midnight and dawn on January 4, while the Royal Astronomical Society of Canada has forecast that the Quadrantids will peak from about 9pm GMT this evening.

Those hoping to catch a glimpse of the meteor shower will therefore have a relatively brief window late on Wednesday and into the early hours of Thursday.

Skywatchers are advised to head to a rural location away from any artificial light pollution and lie down on the floor with their feet pointing northwest.

There is no need to pack a telescope or pair of binoculars, but remember that it can take up to 30 minutes for your eyes to adjust to the darkness.

Quadrantids radiate in the northern sky, underneath the Big Dipper constellation and west of the giant red star Arcturus. This favours spectators in the northern hemisphere.

What are the Quadrantids?

There is an air of mystery about the origins of the Quadrantids, but they are thought to be made up of the dust and debris left by asteroid 2003 EH1, which NASA describes as possibly a “dead comet”.

An Experimental Surgical Robot Is Headed to The International Space Station
New Predictions Reveal The Fate of The World’s Biggest Ice Sheet if We Don’t Act : ScienceAlert
Astronomers Charted The Sun’s Life, And This Is How The Story Ends : ScienceAlert
This Artificial Synapse Can Run a Million Times Faster Than Ones in The Human Brain : ScienceAlert
Minor Google Meltdown Exposes The World’s Utter Reliance on a Single Tech Company