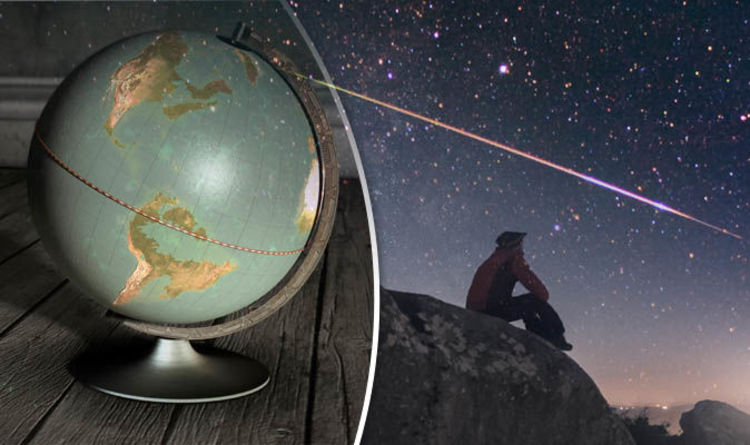 The annual meteor shower which peaks in early January has been labelled by NASA’s astronomers as one of the best showers of the year.

Known for its dazzling fireballs, the Quadrantid peak can produce anything from 50 to 200 shooting stars on a clear night.

The US space agency said: “Quadrantids are also known for their bright fireball meteors. Fireballs are larger explosions of light and colour that can persist longer than an average meteor streak.

“This is due to the fact that fireballs originate from larger particles of material. Fireballs are also brighter, with magnitudes brighter than -3.”

The Quadrantids will remain active throughout the next two weeks up until January 17, with a brief but sharp peak between January 3 and January 4.

When will the Quadrantids peak in your area?

The Quadrantids are pretty unique in regards to their peak, because it only lasts for a couple of hours rather than over two days.

According to the Royal Astronomical Society of Canada, the Quadrantids will peak this year around 9pm to 10pm GMT on Wednesday January 3.

This means that observers will have a window of opportunity to see the peak between the late evening hours on Wednesday and early morning hours on Thursday.

During this sharp peak, Royal Observatory Greenwich is expecting up to 60 meteors an hour to burst out into the night sky.

Observers in the Northern Hemisphere are typically best suited to watch the shower.

Quadrantids 2018: The annual meteor shower peaks between January 3 and January 4

Unfortunately for stargazers, the event coincides with the closest and brightest full moon of the year, which could drown out the meteors with harsh moonlight.

But the Quadrantid shower could make up for this shortfall by producing many fireball meteors, that are generally more colourful, brighter and have longer lasting trails.

The Society for Popular Astronomy


In the UK, stargazers should try their luck in the predawn hours on January 3 and January 4.

The Society for Popular Astronomy said: “The peak is predicted to occur during the late evening for UK based observers – during the evening (UK time) of Wednesday January 3, at approximately 10pm GMT.

“While this is a convenient time for UK observers, the radiant will still be low. Furthermore, the pre-dawn skies, when the radiant is highest, are several hours away from the time of the peak.”

A meteor captured above the erupting Klyuchevskaya Sopka volcano

The Society added some of the best observed rates happen from 4am to dawn and dusk to 6pm on January 3.

Viewers in northeastern parts of the North America will likely have a good chance to spot the meteors on the predawn hours on January 3 and January 4.

Last year’s shower was best seen from Alaska and Hawaii, with residents down the east coast of the US struggling to spot the falling stars.

What are the Quadrantid meteors?

The origin of the Quadrantids remains a mystery to astronomers who are not sure if they are asteroid or comet debris.

NASA speculate the flashy meteors are the remnants of asteroid 2003 EH1, which the US pace agency described as a “dead comet”. 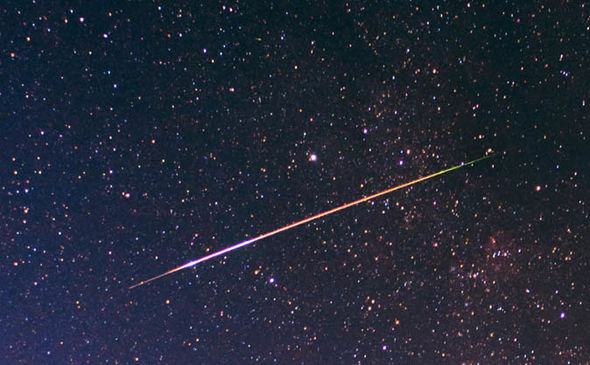 Quadrantids 2018: The meteor shower is obscured this year by a bright full moon

Astronomer Peter Jenniskens is credited as the first scientists to link EH1 to the Quadrantids.

Royal Observatory Greenwich has meanwhile suggested that EH1 could actually be comet C/1490 Y1, but that remains up for debate.

Fossil-Filled Australian Caves May Be 500,000 Years Older Than We Thought, Study Finds : ScienceAlert
Amazing New Fossils Provide Earliest Known Traces of The Evolution of Our Jaws And Limbs : ScienceAlert
We Just Got Our Closest View of Europa in 20 Years, And We Can’t Stop Staring : ScienceAlert
Ancient Burial of a Young Girl Shows How We Carried Our Babies 10,000 Years Ago : ScienceAlert
Behold, The Epic Last Images Taken by NASA’s Asteroid Redirection Test Spacecraft : ScienceAlert