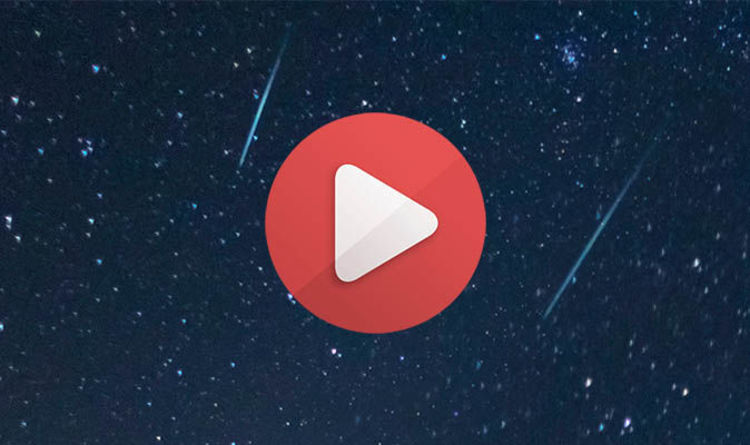 
The annual meteor shower is active this year from December 22 2017 to January 17 2018, but will reach a sharp peak between January 3 and January 4.

During this sharp peak between 9pm and 10pm GMT on January 3, Royal Observatory Greenwich is expecting up to 60 bright meteors to appear every hour.

Unfortunately for stargazers in the UK, this will happen in the late evening hours when the weather conditions outside are cold and damp.

Stargazers who would rather watch the spectacle from the comfort of their homes have been searching for an online stream of the meteor shower.

Typically astronomical events such as this are broadcast by robotic telescope services Slooh and the Virtual Telescope Project.

But the bad news is that this year’s conditions are very unfavourable to the meteor shower and the only way to see them tonight, is to head outside.

Just two days ago the rise of the 2018 supermoon dazzled stargazers across the globe. But the closest and brightest full moon of the year means that the skies will not be pitch black which will take a hit on viewing conditions.

In fact the very bright supermoon is expected to outshine all but the brightest stars tonight.

But if you do decide to head out into the wild, then you should stay on the lookout for rural areas devoid of any light pollution that could further hinder your efforts.

You will be glad to learn that you can safely ditch the binoculars and telescope at home, because the meteors will dart across the sky at speeds of 25.5 miles per second.

The best thing to do is to lie down flat on your back in a wide open area, and simply allow your eyes to take in the vast expanse of the starry sky above you.

Just remember to give your eyes anywhere between 20 and 30 minutes to adjust to the dark and make sure to dress up appropriately for the outdoor conditions.

If you want to step up your stargazing game, then you can try and trace the Quadrantids back to their radiant point in the sky.

The bright meteors will first appear from a point near the constellation Boötes, formerly known as the Quadrans Muralis.

The quickest way to find Boötes is to look for the Big Dipper in the north and following the arc of its handle to the bright star Arcturus at the bottom of the constellations.

According space agency NASA, the Quadrantids are the cosmic remnants of “dead asteroid” 2003 EH1.

NASA said: “The Quadrantids originate from an asteroid: asteroid 2003 EH1.

But the exact origin of the meteors is disputed by astronomers and is yet to be pinned down.

Scientists at the Royal Observatory Greenwich have suggested that EH1 could instead be comet C/1490 Y1.

Hubble And Webb Pics Reveal DART Impact Was Even Bigger Than Expected : ScienceAlert
Superconductivity Model With 100,000 Equations Now Contains Just 4 Thanks to AI : ScienceAlert
We Just Got Our Closest View of Europa in 20 Years, And We Can’t Stop Staring : ScienceAlert
Fossil-Filled Australian Caves May Be 500,000 Years Older Than We Thought, Study Finds : ScienceAlert
Still Short of Breath? Here Are 3 Ways COVID-19 Can Damage Lungs Long Term : ScienceAlert