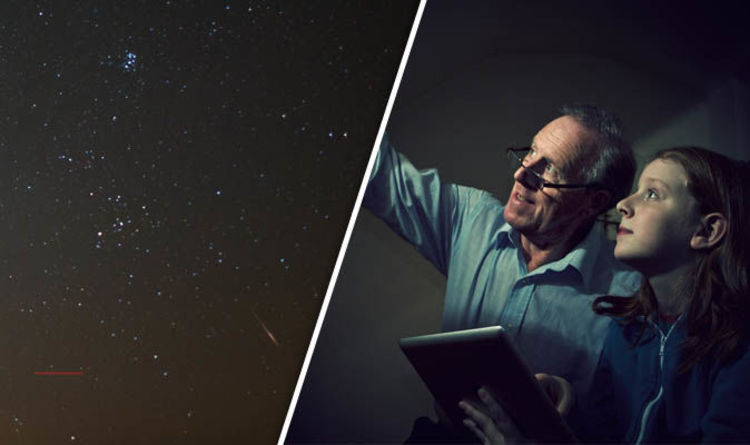 
Known for its “bright fireball meteors”, the Quadrantids are considered to be one of the year’s best meteor showers with ample viewing opportunities in the Northern Hemisphere.

They tend to be at their brightest for a few hours compared with other meteor showers which can peak for up to two days.

When is the Quadrantid meteor shower and when does it peak?

The 2018 Quadrantids will be active between the end of this week until the second week of the new year, peaking after nightfall on January 3 until the early hours of January 4.

NASA says normally during the meteor shower’s peak, between 60 and 200 shooting stars will radiate across the sky at speeds of 25.5 miles per second.

However, the bright light from a coinciding full moon will make it more difficult to see some of the fainter meteors this time around.

Science website Space.Com said: “That Full Wolf moon will be a supermoon, the largest and brightest of 2018, with the moon’s brilliant light likely outshining all but the brightest Quadrantids.”

A January skywatching guide released by the NASA Hubble Space Telescope Mission Team says the 2018 Quadrantids will produce up to 40 meteors per hour.

They are expected to peak at 9pm GMT, according to astrology website EarthSky.com, darting along at 25.4 mph per second.

What are the Quadrantids and how do you watch them?

Like other meteors, the Quadrantids are named after a constellation, in this instance the now-defunct Quadrans Muralis.

They are also called Bootids after the modern constellation, Boötes.

According to the US space agency, the Quadrantids are different from most meteor showers which originate from comets.

NASA said: “The Quadrantids originate from an asteroid: asteroid 2003 EH1.

2003 EH1 – which measures only 3km across – is relatively new to scientists having only been discovered in March 2003 by the Lowell Observatory Near-Earth Object Search (LONEOS).

It is not necessary to watch the Quadrantids with any binoculars or a telescope.

NASA recommends you find a dark spot away from city lights and lie down flat on your back with your feet facing northwest.

Stargazers’ eyes should adapt to the darkness within 30 minutes – so the advice is to be patient.