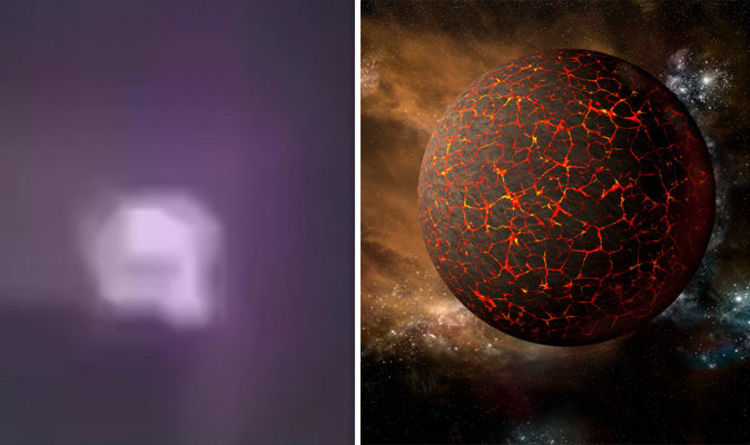 
A video, shot in the dark of night, shows a purple-pinkish light appearing in the skies of the American state.

The footage was uploaded to popular conspiracy YouTube channel SecureTeam10.

Narrator of the video, Tyler, believes the glow, which is flickering, is a byproduct of a UFO or it could be a portal to another dimension.

One viewer wrote in the comment section of the video: “It really does look like a portal trying to open.

“Or it could be a black hole. I’m not sure but it definitely looks like something trying to open to me.”

And others speculated it could be a result of the apocalyptic Planet X heading towards our planet.

Planet X, or Nibiru, is a supposed planetary system which is heading in from deep space and will pass through our solar system, destroying all celestial bodies in its wake.

One person wrote: “It could be debris from the Planet X system drifting down to Earth, ionising heavily.”

However, there were some people who offered a more logical conclusion.

Daniel Condor, another YouTuber, said: “First answer= some guy flicking a lighter inside a car at night while other guy is filming reflection from inside a car’s side window, sped up.”

Others say that nature may have played its part, believing it was ball lightning – when lightning in the sky appears as a ball as opposed to long thing strikes, a rare but plausible phenomenon.

“Looks like it is arching out trying to fully form.”

Bitcoin’s Climate Impact Is Bigger Than Beef Farming – And It’s Only Getting Worse : ScienceAlert
Weight Lifting in Old Age Does More Than Just Keep Your Muscles Strong : ScienceAlert
Amazing New Fossils Provide Earliest Known Traces of The Evolution of Our Jaws And Limbs : ScienceAlert
Ancient Burial of a Young Girl Shows How We Carried Our Babies 10,000 Years Ago : ScienceAlert
Shimmering ‘Lakes’ Under The South Pole of Mars Might Be Something Else Entirely : ScienceAlert