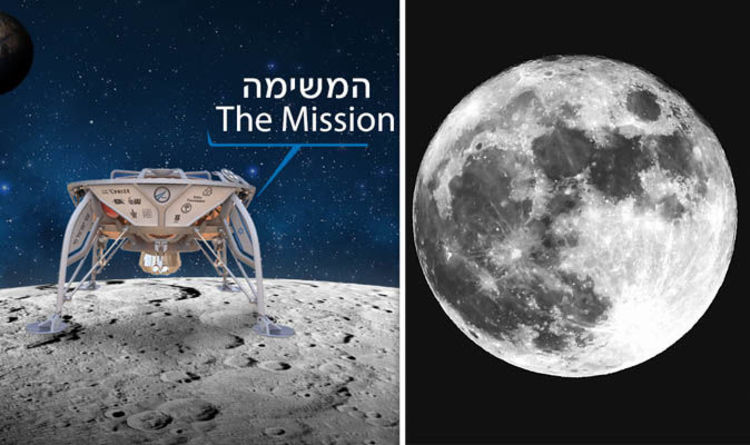 
The space agency will launch its lunar probe onboard a SpaceX Falcon 9 rocket by the end of the current year, with plans to land on the moon by mid-February 2019.

If successful, Israel will be the fourth country to boast the prestige of touching down on the moon after the US, Soviet Russia, and China.

Speaking at press conference, SpaceIL’s CEO Ido Anteby said his country’s flag will be planted on the moon.

SpaceIL made the announcement at an Israel Aerospace Industries space technology site in Yehud on Tuesday, July 10, after month of preparations.

The entire endeavour began roughly seven years ago when SpaceIL joined a Google technology contest to land a small, unmanned probed on the moon.

SpaceIL was the only Israeli company involved in the Google Lunar X Prize competition, which carried a £15million ($20million) victory prize until it was scrapped in March 2018 due to contestants’ missed deadlines.

The project culminated in the design of an Israeli lunar probe, which SpaceIL claimed would launch regardless of the contest’s outcome.

Dr Anteby said: “We will put the Israeli flag on the moon. As soon as the spacecraft reaches the landing point it will be completely autonomous.

“The motor will brake the craft and it will reach the ground at zero speed for a soft landing.”

The Israeli spacecraft, about the size of a dishwasher, measure about 6.6 feet in diameter and about 1.65 feet in height.

The probe weighs approximately 600kg on Earth but that weight will drop down to 180kg in the Moon’s lower gravity pull.

As soon as the probe lands on the moon in February, it will plant the Israeli flag and start to take photos of the landing zone.

Part of the Google Lunar X Prize competition was to design a space probe capable of moving 500m after landing.

In order to conserve the probe’s mass, SpaceIL circumvented the requirement by giving the probe a “hop system”.

SpaceIL explained: “While the other Google Lunar X Prize teams developed large rovers to move the required 500 meters on the Moon’s surface, in order to conserve mass, SpaceIL developed the idea of a space hop: to have the spacecraft land and then take off again with the fuel left in its propulsion system, and then perform another landing 500 meters away.”

To date, the USA is the only country to have successfully landed human astronauts on the moon.