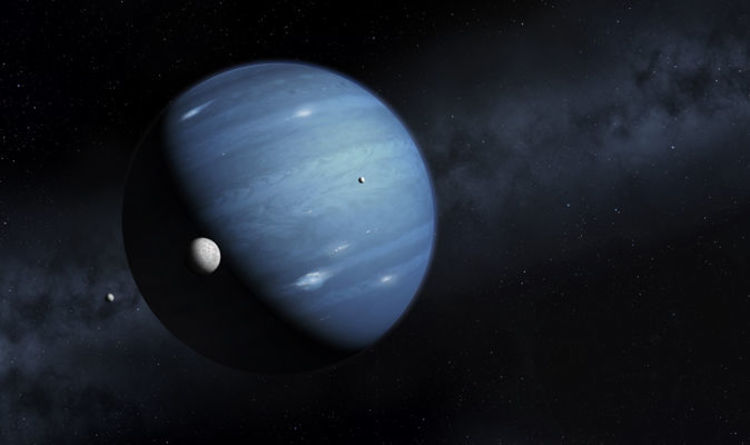 
For decades, scientists have theorised that there is a ninth planet – what would have been the 10th were it not for the downgrade of Pluto to a dwarf planet – in our galactic neighbourhood.

The planet, named Planet Nine, is believed to be 10 times bigger than Earth and 20 times farther out from the sun than Neptune – the outer-most planet in the solar system.

While Planet Nine’s existence has yet to be officially proven, esteemed researchers strongly suspect that there is a large planet lurking in the far edge of our solar system.

If the planet is there, then it could explain why the solar system is slightly off balance.

In most star systems, the surrounding planets tend to rotate in line with their host.

However, in our solar system, the planets are at an angle of six degrees off its axis.

Although researchers are now more than sure that Planet Nine is out there, it would be currently impossible to detect using current telescopes as it is so far.

Dr Surhud More, an associated professor at the Kavli Institute for the Physics and Mathematics of the Universe at the University of Tokyo, told the Washington Post: “Every time we take a picture there is this possibility that Planet Nine exists in the shot.”

NASA said: “It is now harder to imagine our solar system without a Planet Nine than with one.”

There are also a number of other odd features in our solar system that would be explained by Planet Nine.

One is that the Kuiper Belt – a circumstellar disc full of icy asteroids, comets and dwarf planets which encompasses the solar system – orbits in the opposite direction to the planets within it.

Scott Shepherd, an astronomer at the Carnegie Institution for Science in Washington, explained: “If things are in the same orbit, then something’s pushing them.”

Scientists Say ‘space Bubbles’ Could Shield Earth From The Sun, But Would It Work? : ScienceAlert
These Asteroid Particles May Be Our Most ‘Pristine’ Sample of The Outer Solar System : ScienceAlert
‘Gifted’ Dogs Seem to Have This One Characteristic in Common : ScienceAlert
For The First Time, Scientists Have Named a Heat Wave. Here’s Why It’s a Big Deal : ScienceAlert
Scientists Gave Young Mice The Blood of Old Mice. Then Things Got Weird : ScienceAlert