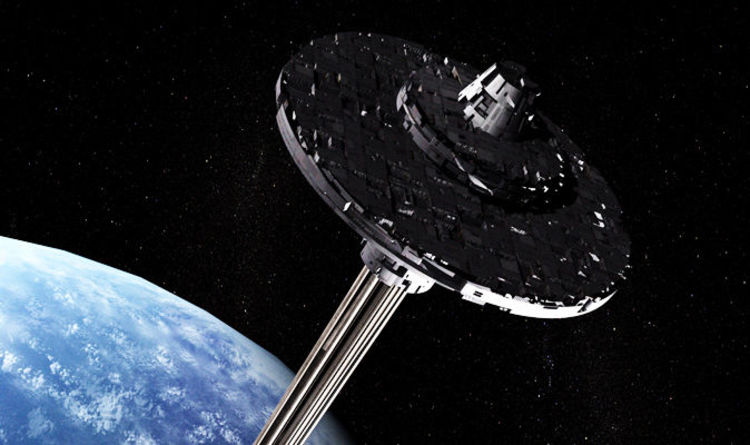 
In the next week, scientists from Japan are set to send two miniature satellites to the International Space Station (ISS) in what could be the first of a monumental space elevator.

The two tiny satellites, which will be attached by a 10 metre steel cable, will be released from the ISS on September 11 to mark the start of an extraordinary study.

Once the satellites have been released from the ISS, a small motorised container will travel between the ends.

Cameras will be attached to either end of the cable so researchers can monitor how the box manoeuvres between the satellites.

The researchers will be analysing whether there are any unexpected changes or oscillations in the way the container moves from side to side.

If it goes as expected and scientists believe the model can be replicated on a much larger scale, it could be the first part of an ambitious project that will see an elevator go from Earth to space.

Yoji Ishikawa, team leader from Japan’s Shizuoka University, said: “In theory, a space elevator is highly plausible. Space travel may become something popular in the future.”

Japanese firm Obayashi Corp, which is participating in the study, said that it wants a space station some 36,000km in orbit by 2050, with a long tether connected to a platform in the Pacific Ocean.

The company has plans to build six elevators, each measuring 18m in length by 7.2m in diameter, which could hold 30 people each and travel at 200km an hour.

But it would take more than a week to travel between base and the space station and the project would cost 10 trillion yen (£70 billion).

Researchers in South America Discover a New Species of Tiny but Tough Dinosaurs : ScienceAlert
Astronomers Charted The Sun’s Life, And This Is How The Story Ends : ScienceAlert
Robot Shows It’s Possible to Swim Through The Emptiness of a Curved Universe : ScienceAlert
Scientists Achieved Self-Sustaining Nuclear Fusion… But Now They Can’t Replicate It : ScienceAlert
Clinical Trial Restored Sight to 20 People With Corneas Made From An Unlikely Source : ScienceAlert