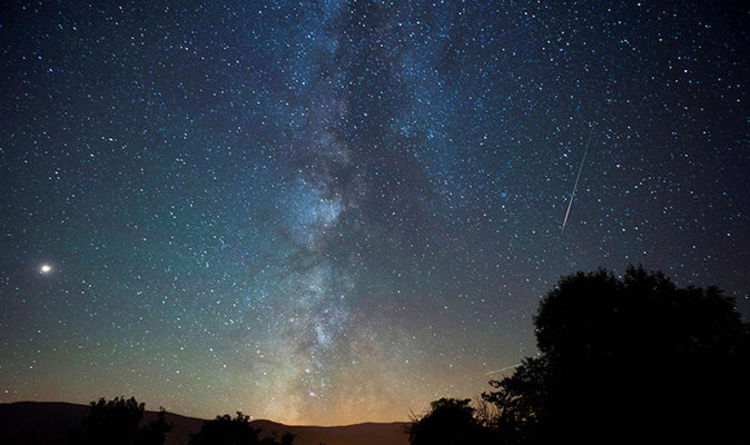 
According to NASA the Perseids have danced across the sky every year for 2,000 years.

Comet, Swift-Tuttle orbits the sun once every 133 years, making every August the time when the Earth passes through the comet’s debris.

Our atmosphere then burns up the ice and dust in the debris creating a meteor shower.

From Earth it appears all of the meteors originate from a single point, however, this is because they are moving parallel to one another.

NASA meteor expert Bill Cooke told Space.com that the Perseids are one of the most popular meteor showers of the year; and in 2018, they’ll be the best shower of the year.

He said: “This year the moon will be near new moon, it will be a crescent, which means it will set before the Perseid show gets underway after midnight.

“The moon is very favourable for the Perseids this year, and that’ll make the Perseids probably the best shower of 2018 for people who want to go out and view it.”

Here are some facts about the Perseid meteor shower.

The comet the meteors are born from, Swift Tuttle, has been in orbit for thousands of years.

The meteor shower gained its name from the Perseus constellation – which is the area in space the meteors fly away from.

To have one of the best views of the meteor shower, stargazers should position themselves directly beneath the Perseus constellation.

Comet Swift-Tuttle has a nucleus of 26km in diameter and is packed with 30 times the kinetic energy of the asteroid strike that caused the dinosaurs to become extinct.

Astrophysicist and science writer has based a theory on an upcoming interaction with Jupiter – that the comet has a one-in-a-million chance of colliding with Earth.

However, this isn’t predicted to happen until 4479 so there is no need to panic.

As long as the night sky remains clear, there is no equipment required to view the Perseid meteors.

Making sure you are in a rural area will give you an even greater chance of a clear view – as there will be no light pollution.

According to space.com, they enter Earth’s atmosphere at roughly 133,200 mph (60 kilometres per second).

Most are the size of grains of sand but a few can be as big as peas or marbles.

Almost none reach the ground, but if one does, it’s called a meteorite.

For how to watch the meteor shower where you are, click here.

‘Unbelievable’ Video Shows 2 Bees Working Together to Open a Soda Bottle : ScienceAlert
Superconductivity Model With 100,000 Equations Now Contains Just 4 Thanks to AI : ScienceAlert
Narwhals Are So Weird, Scientists Used Chaos Theory to Explain Their Behavior : ScienceAlert
Deep Brain Simulation Could Alleviate OCD When Other Treatments Have Failed : ScienceAlert
Control of a 6-Qubit Processor in Silicon : ScienceAlert