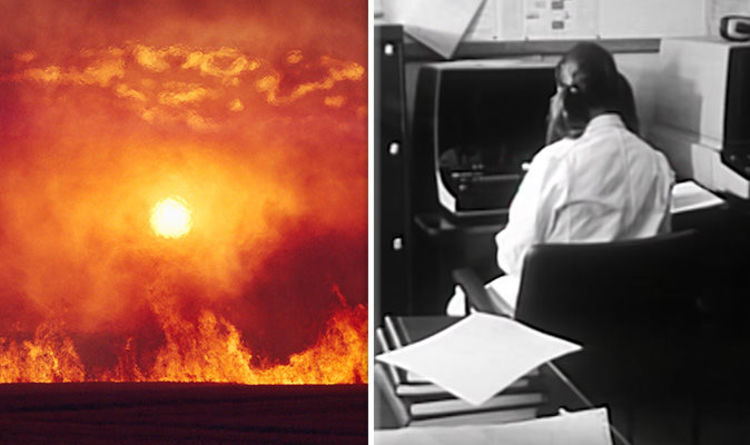 
An apocalyptic computer model, processed by one of the world’s largest computers in 1973, has predicted the end of civilization  by 2040.

The prediction came from a programme nicknamed World One, which was developed by a team of MIT researchers and processed by Australia’s largest computer.

It was originally devised by computer pioneer Jay Forrester, after he was tasked by the Club of Rome to develop a model of global sustainability.

However, the shocking result of the computer calculations showed that the level of pollution and population would cause a global collapse by 2040.

This shows that the world cannot sustain the current level of population and industrial growth for more than two decades.

Australian broadcaster ABC has republished its original report from the 1970s, since there is just two years until a major change is expected according to the computer model.

The model based its predictions on trends such as pollution levels, population growth, availability of natural resources and quality of life on earth.

The eerie calculation has been remarkably accurate in certain predictions, such as a stagnated quality of life and diminishing pool of natural resources.

A fascinating forecast shows that the quality of life is expected to drop dramatically right after 2020.

At this time the broadcasters addreses the audience: “At around 2020, the condition of the planet becomes highly critical.

“If we do nothing about it, the quality of life goes down to zero. Pollution becomes so seriously it will start to kill people, which in turn will cause the population to diminish, lower than it was in the 1900.

Alexander King, a British pioneer who led the Club of Rome, also made a shocking prediction regarding national sovereignty.

He told ABC: “Sovereignty of nations is no longer absolute. There is a gradually diminishing of sovereignty, little bit by little bit. Even in the big nations, this will happen.”

The Real Reason For Using Flight Mode Is Not What You Think : ScienceAlert
Early Puberty in Girls Surged in The Pandemic, And We May Finally Know Why : ScienceAlert
The Remains of This Recently Found Ancient Structure Are Even Older Than The Pyramids : ScienceAlert
Watch a Tiny Robot Blob Transform Into Even Tinier Bits to Squeeze Through Cracks : ScienceAlert
Experiment Reveals What 1 Hour in Nature Does to The Human Brain : ScienceAlert