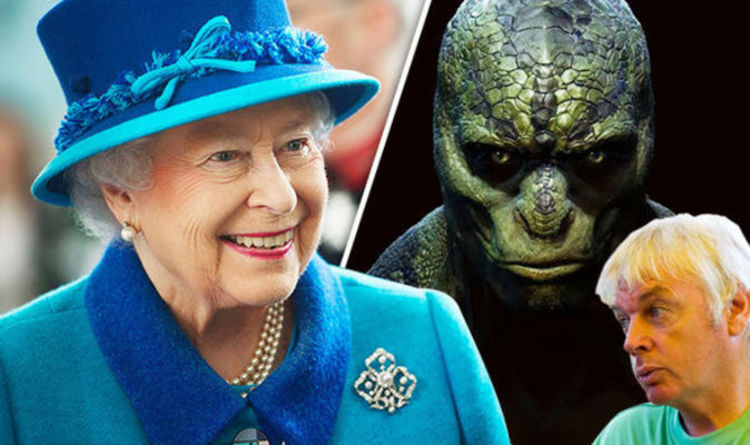 
Mr Icke sells out stadiums across the globe giving speeches about his theories that a secret cabal called the “Hidden Hand” or Illuminati really controls world affairs.

They are descended from a hybrid race of alien lizards and humans, he claims.

He famously came out as a conspiracy theorist in the 1990s after co-presenting prime time BBC1 sports show Grandstand.

Among his shocking claims at the time were that the British Queen and other world leaders were descended from these “reptilian bloodlines” and could actually shape-shift between lizard and human forms.

However, he wasn’t quite right about the reptilian-human connection according to occult expert

Gary Bone, a practicing Pagan and white witch hit out at the claims.

Referring to Mr Icke’s reptilian bloodline theory at the annual Occult Conference in Glastonbury, Somerset, Mr Bone said: “David Icke got it wrong. He misinterpreted the data when he translated it.

“However, we do have a reptilian brain.”

He raised the theory while looking at the depiction of serpents and other reptiles in ancient religious and Pagan imagery.

Mr Bone was referring to the most primitive area of a human brain – the brainstem – which has been described as the ‘reptilian brain’.

This is the area of our brain similar to that of a reptiles, which controls the body’s vital functions such as heart rate, breathing, body temperature and balance.

Our reptilian brain includes the main structures found in a reptile’s brain: the brainstem and the cerebellum.

It also controls our basic instincts to fight or flight, eat and have sex.

Wrapped around this is the limbic system or mammalian brain, similar to those of cats and dogs, which allows for emotions and instincts to protect and nurture offspring.

The outer layer is the neocortex, which we share with primates, and which allows for sensory perception, cognition, generation of motor commands, spatial reasoning and language.

Interestingly, in May 2000, Mr Icke wrote an article on his website Davidicke.com entitled The Reptilian Brain.

In the article he confirmed his understanding of the human brain containing this area, known as the reptilian brain.

However, he went onto to expand on this saying it supported his Illuminati theory.

Mr Icke wrote: “I had a message from someone recently claiming that what I say about humans having a reptilian brain is not true.

“In fact it was one of the most provable pieces of information I have written, as anyone who studies the brain will confirm.

“But I thank the questioner because it prompted me to put together this package of information which not only shows that the reptilian brain exists – but also how vital it is to the manipulation of the world by the Illuminati-reptilian bloodlines.

“As Credo Mutwa, the Zulu shaman, told me: ‘To know the Illuminati, Mr David, you must study the reptile.’

“It is important for people to know the basics about the reptilian brain because it reveals where the character and attitudes of the Illuminati come from and how and why we are manipulated mentally and emotionally in the way that we are through television and other imagery.”

So no-one is disputing our “reptilian brain” but the jury remains out on Mr Icke’s shape-shifting lizard bloodline theory.