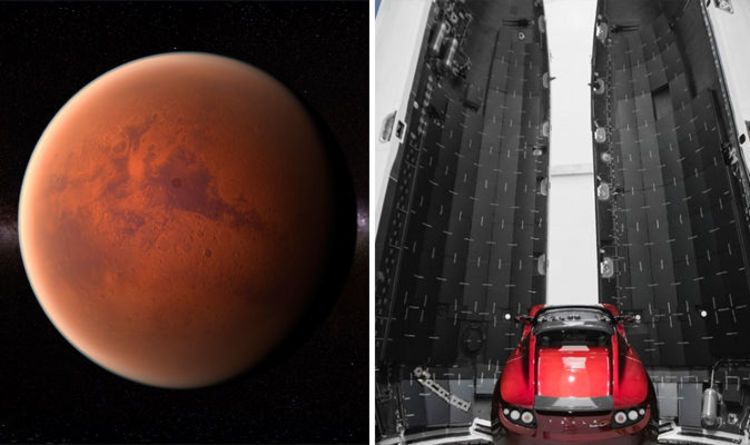 
The billionaire businessman, who also oversees the likes of electric car company Tesla and The Boring Company which makes underground tunnels to install high-speed lanes, took to social media to announce that he will send a Tesla car to Mars.

On December 1, Mr Musk announced on Twitter that he will be sending a “cherry Tesla Roadster” to orbit Mars, playing David Bowie’s ‘Space Oddity’ on repeat and that it would “be in deep space for a billion years or so if it doesn’t blow up on ascent.”

However, he later back-pedalled on this statement by saying that he was not sure if SpaceX’s Falcon Heavy rocket craft would carry the electric vehicle to the Red Planet.

But now the South African born American has now left no doubt in anyone’s mind that SpaceX will be sending a car to Mars after he posted a series of pictures on Instagram of the red Tesla Roadster inside the Falcon Heavy.

There has not been an official launch date schedules for the 230 foot tall Falcon Heavy, but it is predicted that it will lift off in early 2018.

However Mr Musk has admitted there is a significant chance that the Falcon Heavy rocket test could fail.

“I would consider even that a win, to be honest.