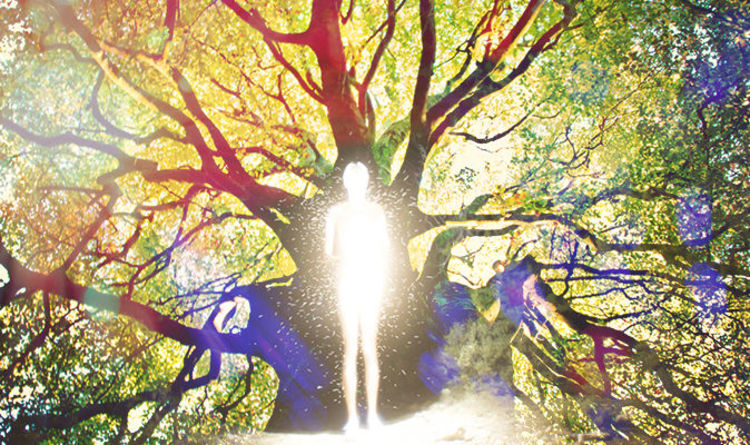 
Mrs Green, 77, explained how to do it during a lecture she gave at the annual Occult Conference in Glastonbury, Somerset.

She said: “If you need the feeling of magic, you will find it if you go and hug a tree.

“Go and stand by a big tree and lean on it – you will feel two things.

“The first is the dark earth energies coming up through the tree – it feels like treacle or honey flowing through you.”

The Pagan said this “energy” flows up through the roots bringing nutrients up to the tree.

She also said that science was now recognising things that “wise women” like her had claimed for years – that trees talk to each other.

In 2014 it emerged that trees were linked up by a “fungal internet” beneath the ground that allowed them to communicate and exchange nutrients.

Mrs Green said the second “magic” a tree hugger would experience was from the sun.

She said: “If you think about the leaves, they are being touched by sunlight, rain, starlight and moonlight.

“These leaves feel like sparkling light – if you could feel what fireworks feel like or champagne bubbles…it flows down through you and energises you and through you you energise the tree.

“You feel balanced and reconnected to nature, it connects human nature to the natural world.

“learn to reconnect and little things open up to the magical traditions of nature.”

From there, Mrs Green claims people can then learn the “craft” and how to create spells and potions.

The pensioner also claimed during her talk that Google, and other technological giants, are “killing off magic” because young people no longer experience nature, but, instead, learn about it online.

There is no scientific proof that magic exists, but white witches like Mrs Green have believed in powers such as healing going back thousands of years.