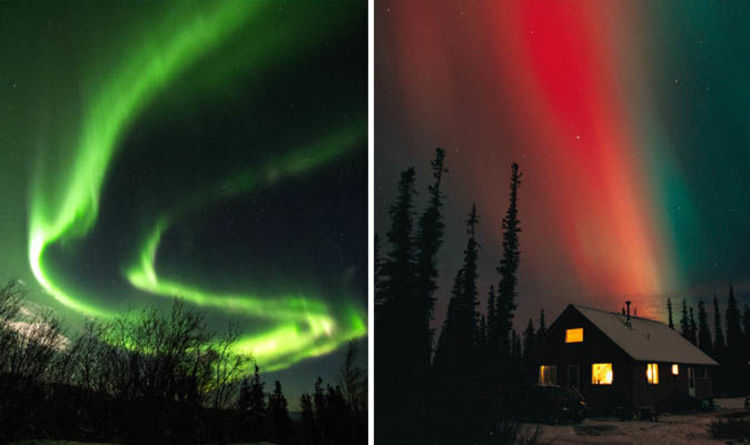 
Siberian winds are set to blast into the UK this weekend from the east bringing in bitter conditions and freezing temperatures.

The cold spell has been sparked by a Sudden Stratospheric Warming (SSW) which occured around 30km above the North Pole.

This event has allowed cold easterly winds to be dragged in from Eastern Europe over the weekend and into next week.

Thermometers could plummet as low as -20C as a windchill will affect the south of the country, so will the cold weather spark the Northern Lights?

Will the cold weather spark an Aurora Borealis this weekend?

Met Office meteorologist Martin Bowles said it is a myth that the chance of seeing the northern lights improves with cold weather.

He said: “I don’t think the coming cold weather is significant to the Northern Lights, in our minds we think it might be.

“They are used to seeing the Northern Lights in Scandinavia and Iceland, but whether you see them here or not doesn’t depend on how cold it is.

“It depends on whether there is some sort of solar event that leads to it, and how clear it is.

“There will be some clear nights, there is not going to be any more chance of seeing the Northern Lights than you would normally see.

Todd Salat, otherwise known as The Aurora Hunter, said people associate the Northern Lights with the cold winter, but he has witnessed them in August.

Auroras which occur in the northern hemisphere are called ‘Aurora Borealis’ or ‘northern lights’.

The northern lights happen when electrically charged particles from the sun, which are carried on solar winds, hit the Earth’s magnetic field.

This triggers bright, colourful lights when the particles collide with different types of gas particles and release little photons of light 50-300 miles high in our ionosphere.

Auroral displays appears in many colours although pale green and pink are the most common but shades of red, yellow, green, blue and violet have been reported.