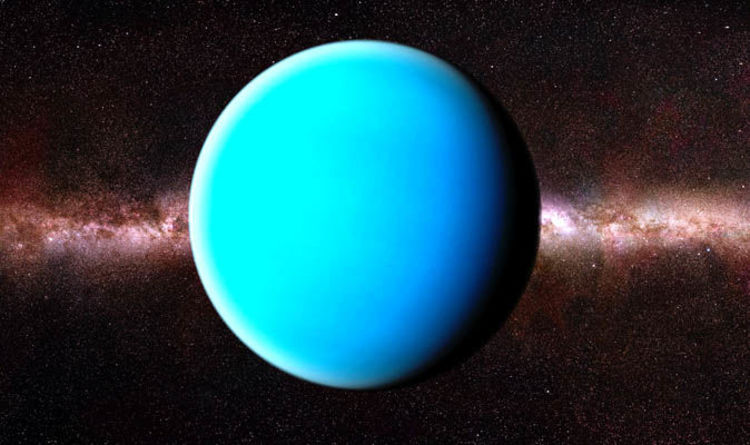 
Stargazers keen to catch a glimpse of the farthest planet from the Sun are in luck because Neptune reaches opposition by the end of the week.

On the night of Friday, September 7, the eighth planet in our system will appear to form a straight line with the Earth and the Sun.

During this so-called opposition, Neptune will be exactly 180 degrees from the star when seen from our home planet.

Neptune reaches opposition with the Sun whenever the Earth’s orbit takes it between the two heavenly bodies.

According to astronomer Bruce McClure of EarthSky.org, this year’s opposition could be particularly brilliant.

The astronomer said this will come down to the coinciding New Moon phase of the lunar calendar around the time of opposition.

He said: “In 2018, the Moon turns new only two days after Neptune reaches opposition, so that means dark nights to accompany this year’s Neptune opposition.”

The New Moon will peak on Sunday, September 9, followed by the First Quarter Moon.

How to see Neptune at opposition this week?

Neptune is the only planet in the solar system not visible to the naked eye, due to the incredible distance between Neptune and Earth.

At opposition, the blue planet is about 29 times farther away from Earth than Earth is from the Sun.

Neptune is a bit of an unfortunate exception to the rule but with a pair of decent binoculars and an even better telescope you should still be able to spot the planet.

Because the Earth is mostly in between Neptune and the Sun, the planet will rise in the east around sunset and set in the west around sunrise.

When observed from Earth, Neptune will appear to pop up in the constellation Aquarius.

Mr McClure said: “Neptune is the only major solar system planet that’s absolutely not visible to the unaided eye.

“This world is about five times fainter than the dimmest star that you can see on an inky black night.

“You’ll need binoculars at least and a detailed sky chart to see Neptune in front of the constellation Aquarius.

“Even at that, it’ll only look like a faint star. Many sky watchers will find the faint star Lambda Aquarii and Phi Aquarii with the unaided eye and then star-hop to Neptune.”

Neptune might be the fourth largest planet in the system but it is simply too far away to be easily visible.

In the event that you miss out on spotting Neptune in person, you can always look forward to Venus and Jupiter low in the western skies after sunset and Venus, Mercury and Mars on the east.

Read more about this spectacular alignment of planets here.