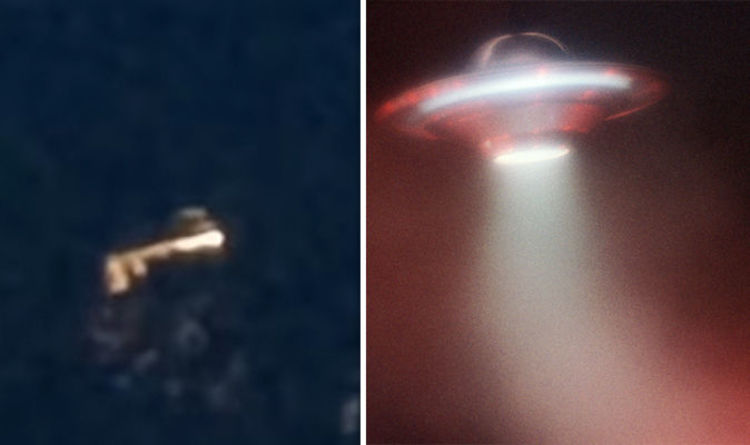 
Conspiracy theorists believed they hit the jackpot when a video emerged of something strange circling in the night sky over Kippen, Scotland.

The bizarre footage, which was shot on September 1, shows something floating around in the sky with a strange material seemingly leaking from it.

This prompted conspiracy theorists to believe that it was a UFO which had been shot down.

The video was shot by an unnamed woman in Scotland who sent it through to popular conspiracy theorist channel UFO Today.

The description on the video reads: “The object was dropping a lot of glowing material while flying. She did know what this object was, but she was sure this was not something man made.

“It did not produce any sound at all. When I analysed the footage I noticed the object ejected a lot of material.”

Many of UFO Today’s followers were convinced the footage was of genuine UFO activity.

YouTuber David Leach wrote: “Excellent viewing. Leaking a lot of material. Near the end it looks like a smaller UFO breaks off and goes upward.”

Starman 2710 added: “Came through the portal to fast and lost control?”

However, there does seem to be a more logical explanation for the strange phenomenon.

According to locals who have taken to the social news aggregator site Reddit, the strange sightings are actually caused by people attaching sparklers to kites.

There have apparently been several instances over the last month with residents not too concerned of an alien invasion.

Reddit user Space Pecs said it is “the third time this month” that a kite with sparklers has been launched.

Bory Truro replied: “Didn’t have much of a clue at first, but now that you mention it, it does look a lot like someone stuck a sparkler on a kite.”