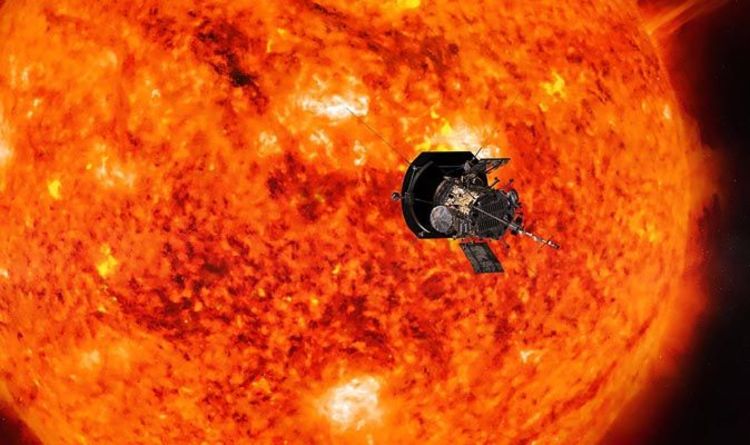 
Stunning images show an artist impression of NASA’s Parker Solar Probe, the spacecraft that will fly through the Suns corona to trace how energy and heat move through the stars atmosphere.

After the Parker Solar Probe blasts off from Cape Canaveral, Florida, on August 11, 2018, it will become the first spacecraft ever to fly through the Sun’s scorching atmosphere, known as the corona.

The mission will revolutionise our understanding of the Sun, where changing conditions can propagate out into the solar system, affecting Earth and other worlds.

It will fly close enough to the Sun to watch the solar wind speed up from subsonic to supersonic, and it will fly though the birthplace of the highest-energy solar particles.

The spacecraft and instruments will be protected from the Sun’s heat by a 4.5-inch-thick carbon-composite shield, which will need to withstand temperatures outside the spacecraft that reach nearly 1,377 C.

It Turns Out There Is Such a Thing as Good Gossip, According to New Research : ScienceAlert
Superconductivity Model With 100,000 Equations Now Contains Just 4 Thanks to AI : ScienceAlert
Amazing New Fossils Provide Earliest Known Traces of The Evolution of Our Jaws And Limbs : ScienceAlert
New Discovery Means Parkinson’s Could Be Diagnosed With a Swab in Just 3 Minutes : ScienceAlert
These Are The Most Distant Star Clusters Ever Seen, And We Nearly Missed Them : ScienceAlert