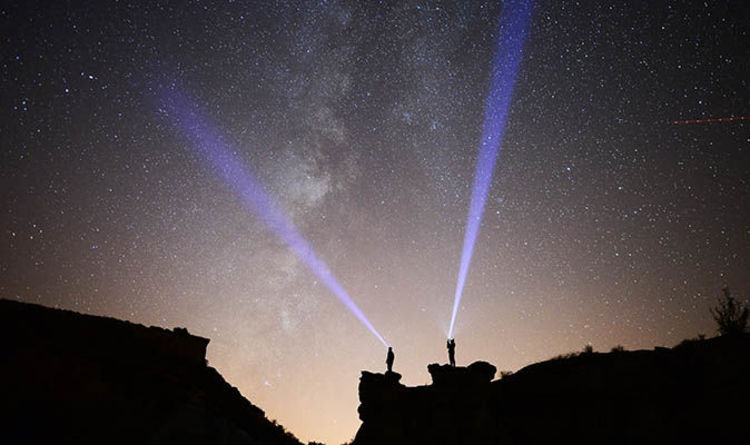 
The Perseids meteor shower is one of the most popular meteor showers of the year, Bill Cooke, NASA meteor expert claims.

Stargazers will be able to see around 60-70 meteors per hour, but in previous years spectators have been able to view 150-200 meteors an hour.

Meteors are bright streaks of light, which can shoot across the sky so fast they are seen in the blink of an eye.

The perseids often leave long “wakes” of light and colour behind them as they streak through the Earth’s atmosphere.

Cooke told Space.com: “The moon is very favourable for the Perseids this year, and that’ll make the Perseids probably the best shower of 2018 for people who want to go out and view it.”

The shower peaks during mid-August and occur with warm summer nighttime weather, which means sky watchers can easily view them.

Perseid meteors tend to be brighter than others so the shower is ideal for anyone wishing to see their first ‘shooting star’.

Late evening and into the hours before dawn are the best times to see the meteors.

When is the shower peak?

The Perseids can be seen in late July and through August each year.

However the shower will peak on the nights between August 11 and 12 and August 12 and 13.

Out of the two nights, the evening of August 12-13 will be the better night, as up to 100 meteors will be visible per hour.

Sky gazers will be able to view them on the night August 13-14.

The best place to view the meteor shower is in the Northern Hemisphere, during the pre-dawn hours.

Earth will pass through the path of Comet Swift-Tuttle from July 17 to August 24.

The shower peaks when Earth passes through the densest, dustiest area – occurring on August 12.

How to watch the Perseids in US, UK and India

The best time to view the Perseid meteor shower in the UK is around midnight and during the very earliest hours of the morning.

This is between midnight and 5.30am on both August 12 and August 13, the Royal Museums Greenwich said.

Stargazers are advised to find a suitable location away from urban light pollution.

Mr Cooke told Space.com this year’s Perseids meteor shower will be one of the best showers of the year in the US.

The American Meteor Society said to look for shooting stars before the break of dawn when the shower’s radiant climbs into the sky.

In India, the shower will be visible from any place away form light pollution by city lights.

Your eyes may take 15 to 20 minutes to get used to the dark, but the longer you wait outside the more you will see.