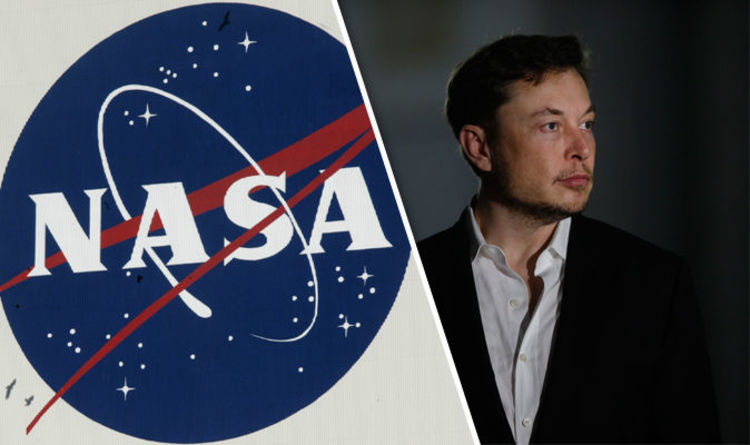 
Billionaire Mr Musk has been in a war of words with NASA scientists after the latter claimed that it would be impossible to terraform Mars in preparation for humanity’s arrival.

The process of humankind living on Mars involved the release the carbon dioxide trapped within the planet to thicken the atmosphere, keeping the it warm enough to sustain liquid water, in exactly the same way greenhouse gasses build up on Earth.

However, when NASA announced it would not be possible to do this with “currently available technology”, the news essentially shattered billionaire Elon Musk’s dreams, as he was one of the leading contenders to put people on the Red Planet.

The SpaceX founder has dismissed the study and still has his crossfire set on Mars.

When it was suggested to Mr Musk on Twitter that it is not possible to terraform Mars, the South African-born entrepreneur hit back: “There’s a massive amount of CO2 on Mars adsorbed into soil that’d be released upon heating.

“With enough energy via artificial or natural (sun) fusion, you can terraform almost any large, rocky body.”

Now, the two powerhouses are set to meet to discuss the possibility of achieving what is ultimately a shared goal.

The “Mars Workshop” will take place at the University of Colorado Boulder and will involve members from SpaceX and 60 top-level scientists and engineers, as well as some of NASA’s Mars program leaders.

However, the invite states that attendees must not publicise the workshop, according to information obtained by Ars Technica.

On the agenda will be “active discussions regarding what will be needed to make such missions happen.”

The group will discuss spaceflight capabilities, how to sustain humans on Mars and what natural resources are available, and where.

One anonymous attendee told Ars Technica: “I have some confidence that SpaceX will eventually achieve its goal of getting to Mars, and this feels like an exciting opportunity to be part of that story and to influence the future of humans on the Red Planet.”

Mr Braun said: “CU Boulder and its Laboratory for Atmospheric and Space Physics are proud to host a broad swath of representatives this week from across academia, government, and industry in a discussion of Mars surface exploration technologies.

“As the nation’s hub for aerospace innovation, hosting meetings with an industry partner like SpaceX is part of what we do.”

The Tonga Eruption’s 50 Million Tons of Water Vapor May Warm Earth For Months to Come : ScienceAlert
Wolves Really Can Become Attached to Humans Like Dogs Can, Adorable Study Finds : ScienceAlert
Experiment Reveals What 1 Hour in Nature Does to The Human Brain : ScienceAlert
A Stunning New 3D Model of The Cat’s Eye Nebula May Help Us Solve Its Mysteries : ScienceAlert
This Is How Much Fossil Fuel The World Is Sitting on, And It’s a Time Bomb : ScienceAlert