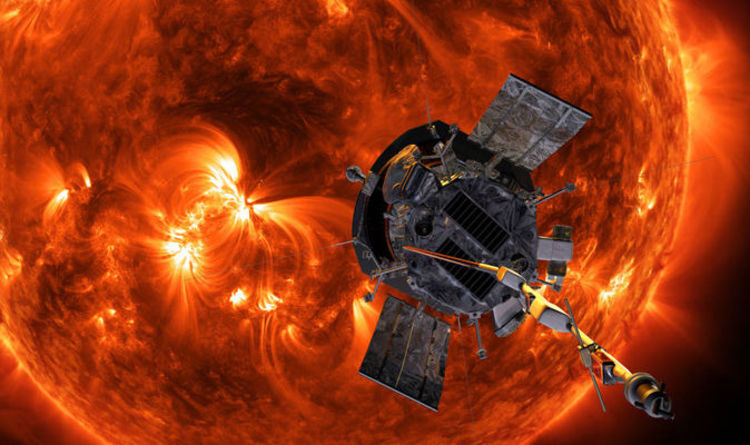 NASA is hoping to launch the Parker Solar Probe on Saturday, August 11, weather permitting, to make its way towards touching distance of our host star in a world first.

The probe, named after astrophysicist Eugene Parker who developed the theory on the supersonic solar wind, will head towards the massive ball of fire at 430,000mph or 125 miles a second.

Once there, the probe will be placed in an orbit of just four million miles from the sun where temperatures exceed 1,400 degrees Celsius.

There are not many things on Earth which can withstand the intense heat and also be durable over the seven years it will take to travel there.

This is why NASA boffins have been working on creating a material which is both lightweight and super heat resistant.

The final result sees the front and back of the heat shield made of carbon-carbon – a material designed for scorching temperatures.

The two carbon-carbon sheets are just a tenth of an inch thick, meaning they are quite malleable.

Between the heat shields are 4.5 inches of carbon foam which is 97 percent air. This allows for the shields, place on the back and front of the Parker Solar Probe, to be light while also meaning that there is not much material for heat to travel through allowing it to cool of quickly.

Then a layer of white coating was added to the heat shield as to reflect some of the heat and light.

The researchers used a coating based on bright white aluminium oxide, which was on top of a hairs-width layer of tungsten.

Dennis Nagle, principal research engineer at the Center for Systems Science and Engineering, said: “The whole thing was struggling to find a ceramic coating that both reflects light and emits the heat.”

Elisabeth Abel, thermal protection system, or TPS, lead, said: “This was the technology that enabled us to do this mission—to enable it to fly.

The Parker Solar Probe is set for take-off at 3.33AM from Cape Canaveral, Florida, on August 11.

The mission will gather data about the sun’s outermost atmosphere known as the corona.

Temperatures in the corona are up to 500,000 degrees celsius and, for an unknown reason, far exceeds the heat of the sun’s core. 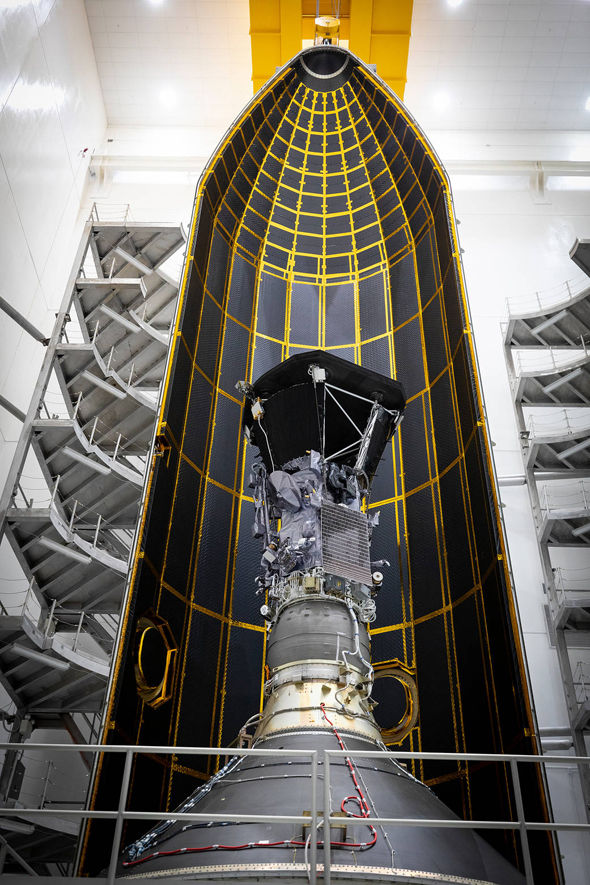 It will also help scientists understand the history of the sun and solar winds.

NASA said in a statement: “Parker Solar Probe, protected by a first-of-its-kind heat shield and other innovative technologies, will provide unprecedented information about our Sun, where changing conditions can spread out into the solar system to affect Earth and other worlds.”

Dr Nicky Fox, project scientist at the Johns Hopkins University Applied Physics Lab, said: “We’ve been studying the Sun for decades, and now we’re finally going to go where the action is. 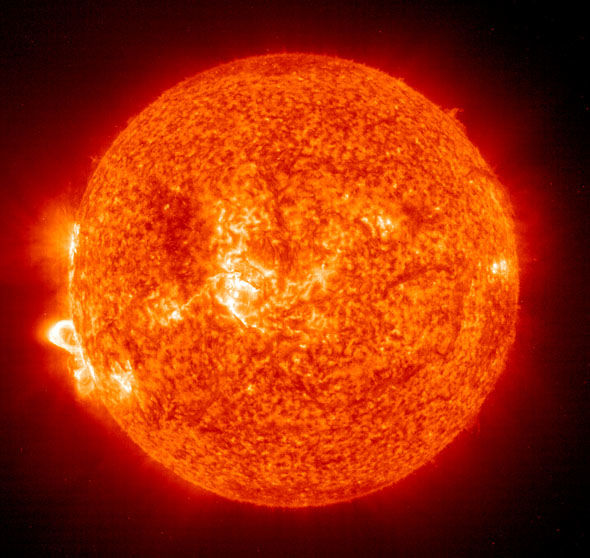 The mission will gather data about the sun’s outermost atmosphere known as the corona (Image: GETTY)

“The Sun’s energy is always flowing past our world and even though the solar wind is invisible, we can see it encircling the poles as the aurora, which are beautiful – but reveal the enormous amount of energy and particles that cascade into our atmosphere.”

Thomas Zurbuchen, from NASA’s Science Mission Directorate, said: “By studying our star, we can learn not only more about the Sun.

“We can also learn more about all the other stars throughout the galaxy, the universe and even life’s beginnings.”

Control of a 6-Qubit Processor in Silicon : ScienceAlert
These Are The Most Distant Star Clusters Ever Seen, And We Nearly Missed Them : ScienceAlert
Biology Inspires a New Kind of Water-Based Circuit That Could Transform Computing : ScienceAlert
It Turns Out There Is Such a Thing as Good Gossip, According to New Research : ScienceAlert
Weight Lifting in Old Age Does More Than Just Keep Your Muscles Strong : ScienceAlert