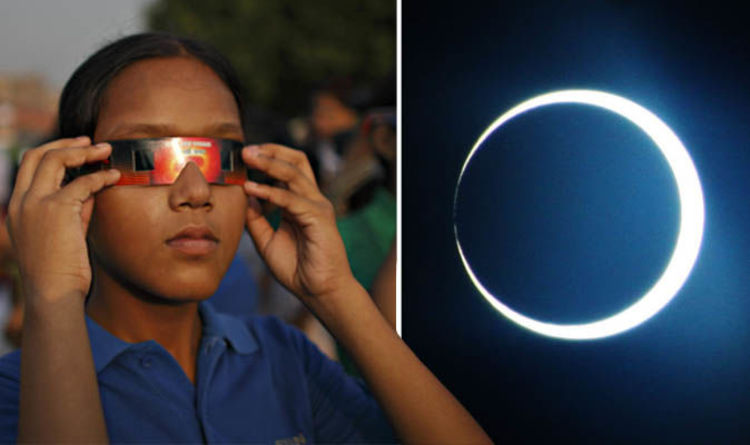 
The August eclipse will play out from start to finish in the morning hours of Saturday, August 11.

The face of the Sun will begin to partially disappear behind the August New Moon starting at 8.02am UT (1.32pm India Standard Time).

But what are the chances of stargazers in India catching a glimpse while all of this happens?

Astronomers at NASA’s Godard Space Flight Center have bad news for anyone living just below the Arctic Circle – and that includes India.

Partial eclipses of the Sun are typically confined to the polar regions and appear close to the horizon.

This year, the eclipse is limited to the Northern Hemisphere and will only be visible from a select number of locations near the North Pole.

Unlike the Blood Moon lunar eclipse seen last month from India on July 27, amateur astronomers will have to wait until the next visible eclipse.

This limited visibility is caused by the Moon casting a smaller shadow over the planet than the Earth does on the Moon during a lunar eclipse.

The August eclipse will be visible this year from the Northern tips of Scandinavia, Greenland, Russia, East and Central Asia.

The eclipse will brush over Moscow in Russia, Rovanierni in Finland, Resolute Bay in Canada, Pyongyang in North Korea and Ulaanbaatar in Mongolia among others.

You can read more on where the August solar eclipse will be visible by clicking here.

On a global scale, it will take the eclipse just about three hours and 30 minutes to pass over these parts of the world.

The eclipse will break out over the North Atlantic and Greenland before it swoops north and east over the top of the planet towards Asia.

By the time the eclipse finishes above Central Asia, the eastern parts of the continent will have already fallen into the nightside of Earth.

The NASA animation below outlines the Sun and the Moon’s path during the eclipse.

When is the next eclipse visible over India?

On the night of July 17, 2019, a partial eclipse of the Moon will be seen from most of the world, including India.

The partial lunar eclipse will start around 1.31am IST, as seen from New Delhi.

The eclipse will peak at 3.44am IST when the Moon will be obscured at a maximum magnitude of 0.65 – the fraction of the Moon’s face obscured by the Earth’s shadow.

By about 4.29am IST the partial eclipse will end and by the time the Moon returns to its normal white glow it will already be hidden below the horizon.

Hubble And Webb Pics Reveal DART Impact Was Even Bigger Than Expected : ScienceAlert
Long COVID Is Still Raising More Questions Than Answers, Say Researchers : ScienceAlert
3 Major Aquatic Animal Groups Can Trace Their Lineage to This Ancient Armored ‘Worm’ : ScienceAlert
Narwhals Are So Weird, Scientists Used Chaos Theory to Explain Their Behavior : ScienceAlert
It Turns Out There Is Such a Thing as Good Gossip, According to New Research : ScienceAlert