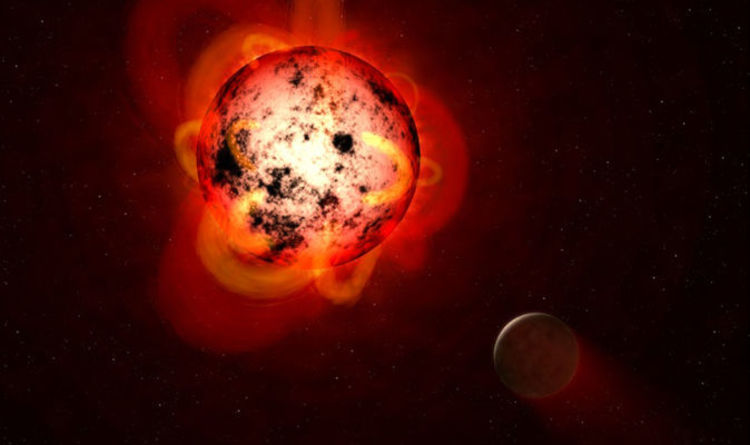 
The telescope, currently in the second phase of its mission dubbed K2, has identified 16 new exoplanets in the universe, making the grand totals of planetary discoveries at 3,706.

Three of the new planets orbit a distant star which the experts have called K2-155. It is a red dwarf star which is typically cooler than most such as Earth’s yellow dwarf star, the sun.

The three planets which circle K2-155 are Super-Earths, meaning they are similar in conditions to our planet but 1.5 to two times bigger.

Of the three planets, the outermost one, K2-155d, sits in the star’s Goldilocks Zone – the region in space around a host star which is neither too hot nor too cold, giving it decent conditions of sustainable life.

Simulations of the planet even suggest that it may even have a body of water.

Teruyuki Hirano, of the Tokyo Institute of Technology (TITech) and lead author of the study, said: “In our simulations, the atmosphere and the composition of the planet were assumed to be Earth-like, and there’s no guarantee that this is the case.

“It’s important to note that the number of planets around red dwarfs is much smaller than the number around solar-type stars.

“Red dwarf systems, especially coolest red dwarfs, are just beginning to be investigated, so they are very exciting targets for future exoplanet research.

“Large planets are only discovered around metal-rich stars.

“And what we found was consistent with our predictions.

“The few planets with a radius about three times that of Earth were found orbiting the most metal-rich red dwarfs.”

The planets were discovered using the transition method where planets give their presence away when they pass in front of a star, causing it to block out light which reaches Earth.

NASA will launch its Transiting Exoplanet Survey Satellite (TESS) in April this year which could yield even more discoveries like this.

“This will greatly facilitate follow-up observations, including investigation of planetary atmospheres and determining the precise orbit of the planets.”