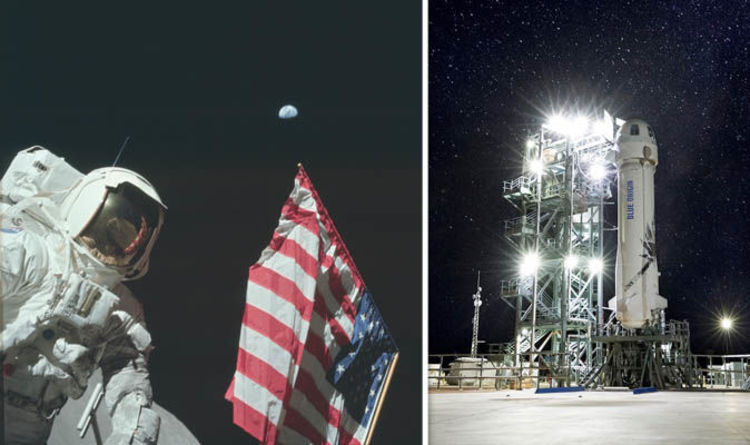 
The US space agency has set aside a £34.6 million ($44 million) prize pool for its Tipping Point Technologies competition, which includes the development of Moon landing tech.

The Tipping Point initiate has entered its third iteration where 10 technologies will be selected based on their ability to significantly advance NASA’s space exploration abilities.

NASA said in a statement the multimillion money pool is a major investment in the US space industry.

A technology is considered ‘tipping point tech’ if investment in it will result in notably advancing the technology and the company’s ability to bring it to the market.

Among the presented tech is a £2.2 million ($3 million) investment in Blue Origin to develop tools for precision and soft landing on the lunar orb in the near future.

“While these key technologies will support NASA’s science and human exploration missions in the future, these awards are yet another example of NASA’s commitment to our nation’s growing commercial space industry today.”

The funding is spread across three different categories: Increase Access to Planetary Surfaces, Enable Efficient and Safe Transportation Into and Through Space and Expand Utilisation of Space.

The STMD branch of NASA develops and demonstrates space technologies through collaborative partnerships with commercial companies within the aerospace industry.

The resulting sensor technology could ensure smooth and precise landings anywhere on the bumpy surface of the Moon.

Another £7.8 million ($10 million) is being granted to Pennsylvania-based Astrobotic Technology and the company’s Stand-Alone Sensor for High Precision Planetary Landing tech.

The company is developing a low-mass and low-power sensory suite for robotic landers to safely touch down on planetary surfaces.

NASA said: “Demonstrating these capabilities will allow the team to assist NASA in dramatically improving the performance of lunar and planetary landing missions.”

SSL is delivering methods of refuelling satellites by transferring xenon in space from a tanker to an active spacecraft.

And ULA is looking to demonstrate mid-air retrieval technologies capable of lifting up to 8,000 pounds for a vehicle returning from low-Earth orbit.

The STMD is ready to cover as much as £7.8 million ($10 million) per award over a 36 month performance period.

As part of the deal, each company is required to cover 25 percent of the total cost for each project.

You can read more about NASA’s Tipping Point Solicitations and Awards by clicking here.

Deep Brain Simulation Could Alleviate OCD When Other Treatments Have Failed : ScienceAlert
Astronomers Think They Know The Reason For Uranus’s Kooky Off-Kilter Axis : ScienceAlert
These Are The Most Distant Star Clusters Ever Seen, And We Nearly Missed Them : ScienceAlert
A Rare Condition Makes Hair Truly Untamable, All Thanks to These Genes : ScienceAlert
We Just Got Our Closest View of Europa in 20 Years, And We Can’t Stop Staring : ScienceAlert