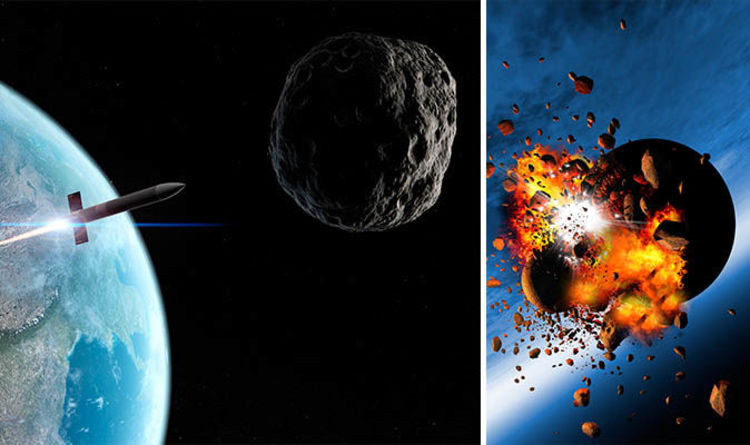 Asteroid Bennu is an imposing chunk of dead rock around 500m in diameter, constantly orbiting the Sun.

Every six years or so the rogue asteroid approaches Earth at a safe enough distance not to ring the alarm bells. Until now.

Scientists at NASA have scrambled to warn the world of a one in 2,700 chance Asteroid Bennu could slam into Earth in the next 100 years.

But as the asteroid, bigger than the Empire State Building speeds towards the helpless planet, is there anything than can be done to stop it?

NASA believes it may have a solution in the form of radical, nuclear-tipped, battering ram spacecraft called HAMMER.

The Hypervelocity Asteroid Mitigation Mission for Emergency Response (HAMMER) is a bold theoretical spacecraft design which could one day be Earth’s first line of defence in space.

HAMMER’s design involves an 8.8 tonne “impactor” on the spacecraft’s bulkhead which would be used like battering ram to deflect smaller asteroids out of the way.

Scientists have however questioned whether HAMMER would have the power and velocity to derail an object the size of Asteroid Bennu.

According to David Dearborn of the Lawrence Livermore National Laboratory (LLNL), HAMMER would work best with smaller asteroids “if detected early enough”.

LLNL scientist Megan Bruck Syal said: “When many launches are required for a successful deflection, the mission success becomes more difficult, due to the failure rate associated with each individual launch.

“If we only had ten years from launch, we would need to hit Bennu with hundreds of tons just to barely deflect it off of an Earth-impacting path, requiring dozens of successful launches and impact at the asteroids.”

But there is a second secret weapon hidden up NASA’s sleeve – nuclear payloads.

If the impactor proves to weak to move Bennu out of the planet’s way, HAMMER could attempt to deliver a powerful nuclear explosive to the asteroid’s surface.


Bennu is not such a near-term threat


Mr Dearborn said this is a far more flexible scenario if “we really want to change the speed of the body in a hurry.”

In either scenario astronomers assured Bennu’s path would only have to by a tiny amount to avert an imminent cataclysm on Earth.

NASA’s chief asteroid hunter, Paul Chodas said: “Other techniques for deflecting an asteroid have been proposed as well, like ion-beam deflection, gravity tractors, or even a nuclear explosion to vaporise part of the surface. 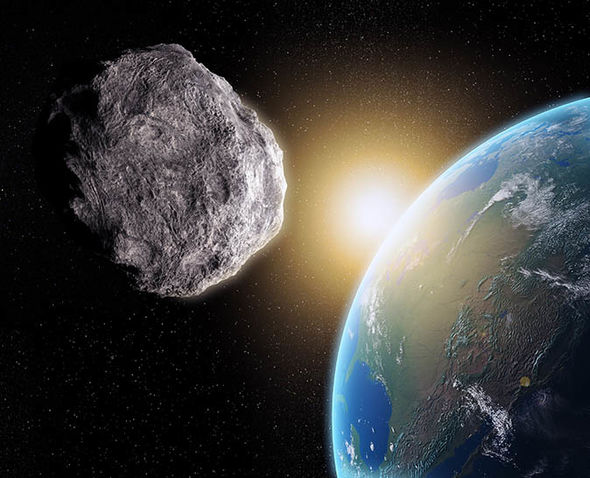 NASA Asteroid Bennu threatens to slam into the planet in 2135 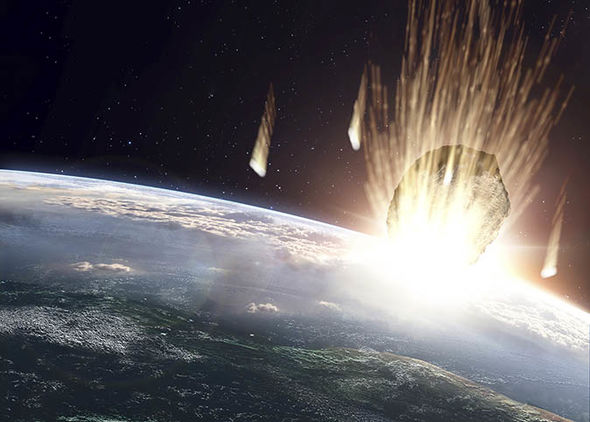 “There are some current proposals to actually build spacecraft that could test out some of these technologies.”

Whatever the future may hold for Bennu and the safety of planet Earth, scientists agree that all things considered Asteroid Bennu is not a major threat.

“It appears that we will have plenty of time to use Bennu’s own resources to protect ourselves from it by diverting its course, using it up through mining, or breaking it up into smaller, less dangerous pieces.”