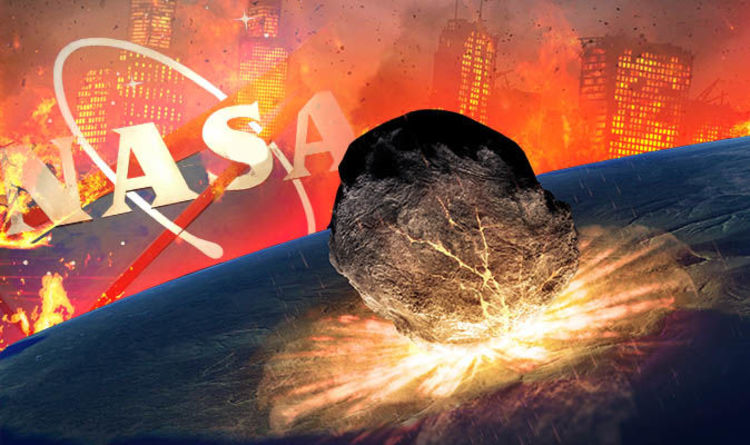 Cataclysmic asteroid threats are a growing danger to the safety of humanity and NASA’s top researchers are on full alert in anticipation of Asteroid Bennu.

The gargantuan spherical mass of interstellar rubble and rock is estimated to be around 500m in diameter.

An asteroid this big stands taller than the Empire State Building and Eiffel Tower and would unleash utter chaos on Earth upon impact.

So when are NASA’s top asteroid hunters expecting Bennu to arrive within striking distance of Earth?

Researchers at the US space agency have calculated a slim chance of the stellar threat crossing paths with the defenceless planet in September 2135.

Thankfully the odds of Bennu actually slamming into Earth with full force are relatively slim – only one in 2,700 or 0.037 percent.

But despite the low risk of collision, astronomers have warned an asteroid of Bennu’s size would unleash hell on Earth far greater than the most devastating nuclear apocalypse ever witnessed in the history of mankind.

Dante Lauretta, professor of Planetary Science in the Lunar and Planetary Laboratory at the University of Arizona, who has tracked Bennu’s path, calculated the potential destructive chaos of impact.

Professor Lauretta said: “The asteroid mass would hit the surface of the Earth at a velocity of 12.1 km/s (over 27,000 miles per hour).

But even this spine-shilling scenario would not be enough to wipe out life on Earth as we know it, Professor Lauretta underlined.

He said Asteroid Bennu simply does not have “that kind of energy for impact”.

Instead the asteroid would annihilate everything around it in a 50km radius, before the aftershocks would die out several hundred kilometres outwards.

In any scenario, NASA has mobilised a real-life ‘Armageddon’ team of space experts to defend the planet from Bennu if the asteroid ever goes off-course.

A joint study by the US space agency and the National Nuclear Security Administration devised a method of pushing the asteroid out of the way, or nuking it into oblivion before its too late.

The so-called Hypervelocity Asteroid Mitigation Mission for Emergency Response, or HAMMER, would utilise an almost 10 tonne spacecraft to stop Bennu.

However some scientists have pointed out flaws in the plan after deeming the HAMMER craft inadequate in altering Bennu’s trajectory.

Academics working alongside NASA argued in a research paper that a single HAMMER spacecraft would not have enough stopping power for Bennu. 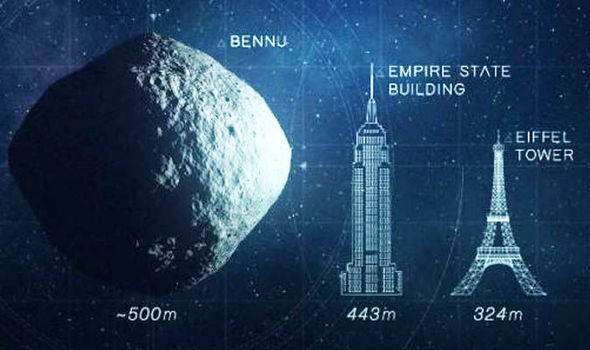 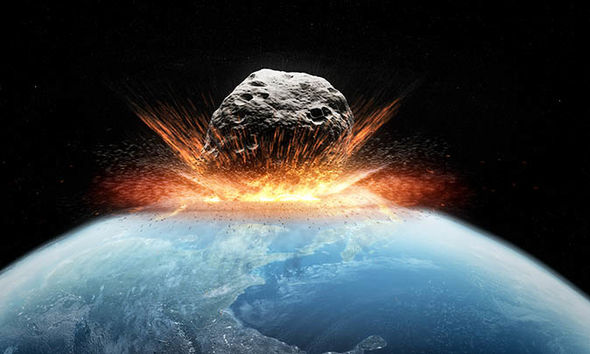 NASA Asteroid Bennu: A potential collision would be cataclysmic

Megan Bruck Syal of the Lawrence Livermore National Laboratory said: “When many launches are required for a successful deflection, the mission success becomes more difficult, due to the failure rate associated with each individual launch.

“If we only had ten years from launch, we would need to hit Bennu with hundreds of tons just to barely deflect it off of an Earth-impacting path, requiring dozens of successful launches and impact at the asteroids.”

She added: “Disruption carried out as late as tens of days before impact can still be very effective in reducing the total damage felt by Earth.

“Previous work by our research group has shown that the impacting debris is reduced to less than one percent of its initial mass by disrupting the asteroid, even at these late times.”

We Used to Hate Commuting. Now We Realize We’ve Lost Something. : ScienceAlert
Astronomers Find What May Be a Habitable World 31 Light-Years Away : ScienceAlert
Bar Graphs Induce a Hidden Bias in Interpretation, Experiment Shows : ScienceAlert
A Splash of Milk in Coffee May Have Health Benefits We Didn’t Know About : ScienceAlert
A Lost Interview With The ‘Father of The Big Bang’ Was Just Discovered : ScienceAlert