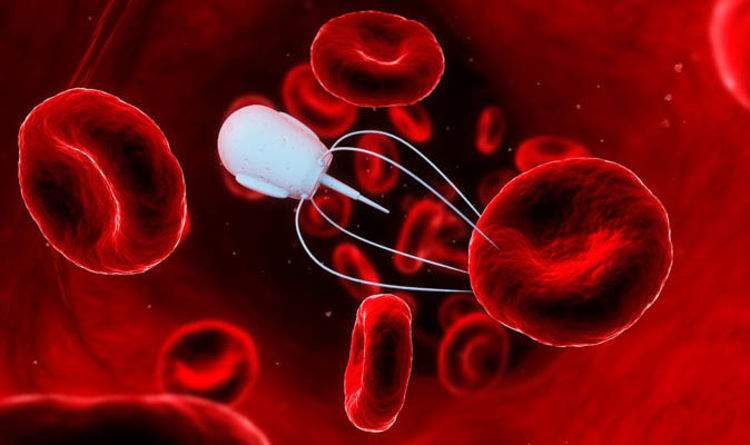 
Scientists at the University of California San Diego have developed multifunctional robots capable of swimming through bloodstreams to remove bacteria and toxins.

The ultrasound powered robots measure an impressive two micrometers, or two millionth of a metre, and are a bizarre combination of human blood cells and gold nanowires.

The nanobot combination created tiny machines capable of binding to deadly bacteria like MRSA and neutralising any toxins they release.

She said: “We wanted this work to present a new all-in-one nanorobot for different functionalities in a single treatment.

“So in this specific study we have developed nanorobots that are combined with cell membrane coatings.

“These nanorobots are based on a body that is made of metallic wire, specifically golden wire, and these golden wires are combined with a dual cell coating composed of red blood cells and platelets.

“We use platelets because they can interact with bacteria and we used the red blood cells because they neutralise the toxins produced by these bacteria.”

The scientists said the impressive nanobots can be used to decontaminate and detoxify hazardous substances.

But the robots can also be introduced into the human blood stream to remove pathogens and toxins, according to Professor Joseph Wang who led the lab behind the research.

The expert joked: “So we wanted to relive the Fantastic Voyage, which is a 60-year-old movie about shrinking a submarine for medical surgery inside a blood vessel.”

The nanorobots are about 25 times smaller than the width of a human hair and can travel in blood at speeds of 35 micrometers per second when blasted with ultrasounds.

In their tests, the researchers released the nanobots into MRSA infected blood samples and noted the blood had three times fewer bacteria and toxins within five minutes when compared to control samples.

But the researchers stressed the nanobots are far from being ready to tackle full infections head on.

The next step for Professor Wang and his associates is to test the robots’ effectiveness in live animals.

Ms Esteban-Fernández de Ávila said: “We are at the very beginning but we really think this type of multifunctional nanorobot will help a lot in different clinical applications.”

The findings of the UC San Diego team of engineers were published in the science journal Science Robotics on May 30.

Ingenious ‘Wrinkled’ Graphene Could Be The Most Promising Water Filter Yet
Unusual Wasp Partnerships Help Non-Native Figs to Thrive in Hawaii
Climate Change Could Shift Earth’s Tropical Rain Belt, Threatening Food Security For Billions
How to Have a COVID-Safe Car Ride, According to Science
One of The Largest Whale Carcasses Ever Found Has Washed Up in Italy