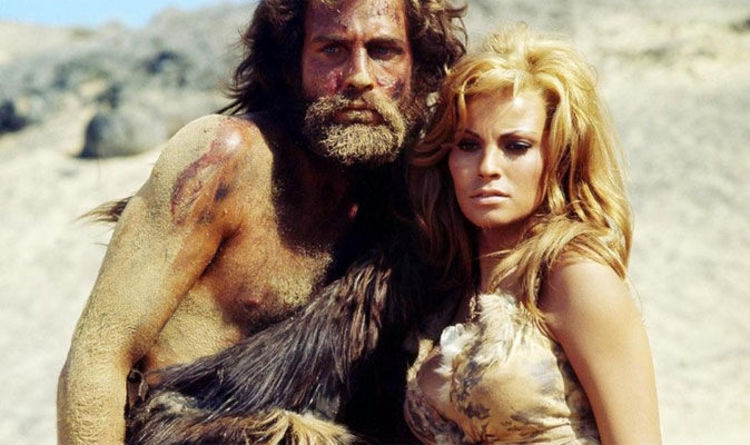 
Scientists have now discovered new evidence to show male diversity almost completely collapsed 7,000 years ago, in a disaster so extreme there was only one man for every 17 woman, staying that way for the next 2,000 years.

According to researchers at Stanford University, the wipe out came after centuries of wars between male dominated group, called patrilineal clans.

However, new research has brought about even more astonishing findings.

Neolithic remains from ancestral tribes all over Europe they likely fought in full-scale wars around 5,500 years ago, using clubs, axes and arrows to fight off their enemies.

The war was so severe that it caused the male population to plummet to extremely low levels, reaching an astonishing one-twentieth of its original level.

This was known as ‘Neolithic Y-chromosome bottleneck’, a time where human genetic diversity reduced massively, with its effects felt across the world.

According to genetic patterns, researchers found the decline was only noticed in men – particularly on the Y chromosome, which is passed on from father to son.

The group of scientists, led by Tian Chen Zeng, a Stanford undergraduate in sociology, wrote in their published paper: “An abrupt population bottleneck specific to human males has been inferred across several Old World (Africa, Europe, Asia) populations 5000–7000 BP.”

Their findings suggested that a high population of men were dying before they had a chance to mate and produce offspring, leading researchers to believe it resulted after centuries of war.

Scientists from Stanford used mathematical models and computer simulations, in which men fought and died – allowing them to test their theory on ‘Neolithic Y-chromosome bottleneck’.

One of the researchers, Professor Marcus Feldman, a professor of biology in Stanford’s School of Humanities and Sciences said they now aim to find any “historical and geographical patterns of cultural interactions that could explain the patterns you see in genetics”.

Latest studies also show that the Y chromosome only has 4.6 million years left, which is not a long time considering life on Earth has existed for 3.5 billion years.

Y chromosomes have a “fundamental flaw”, according to researchers at the University of Kent, Dr Peter Ellis and Professor Darren Griffin.

They said that unlike other chromosomes in our DNA which have two copies each, Y chromosomes only have one.

Because they are only presented as a single copy, Y chromosomes are unable to “shuffle” and recombine with other chromosomes, which occurs throughout generations to help prevent unwanted gene mutations.

This results in the loss of Y chromosomes as they are slowly deteriorate over time and eventually wiped out from the genome.

A Strange Thing Happens to Wolves Infected by Infamous Mind-Altering Parasite : ScienceAlert
Colossal Exoplanet Is One of The Most Massive Super-Earths Ever Discovered : ScienceAlert
The Science Behind Why You Sprain Your Ankle So Often, And What You Can Do About It : ScienceAlert
Scientists Revived Ancient ‘Zombie Viruses’ Frozen For Eons in Siberia : ScienceAlert
These Mysterious Fungi Belong to an Entirely New Branch on The Tree of Life : ScienceAlert