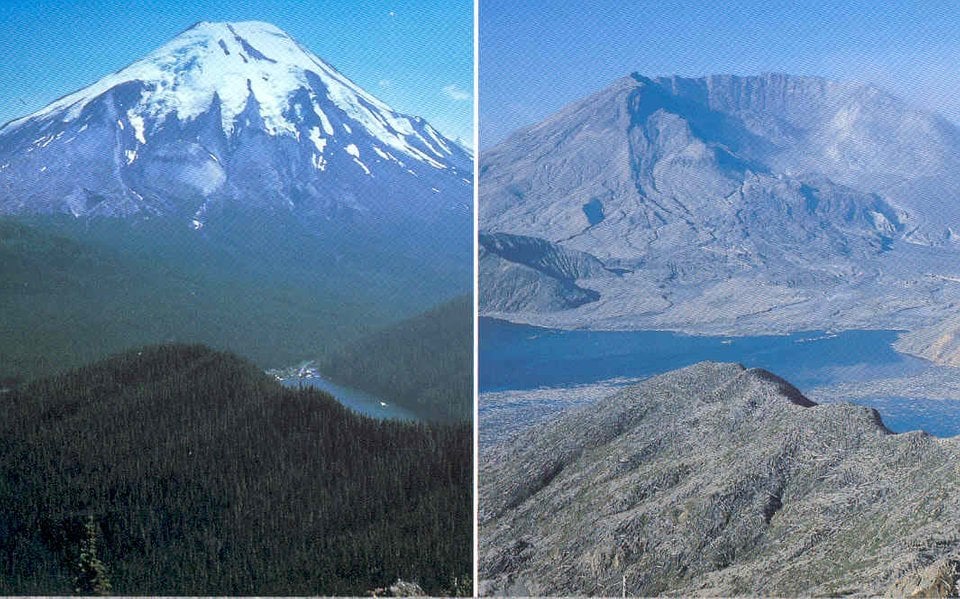 
Mount St. Helens is most notorious for its major 1980 eruption.

That volcanic event was the deadliest and most economically destructive in U.S. history. Below a before after picture of the eruption:

Some Facts About the 1980 Mount St Helens Eruption

As with most other volcanoes in the Cascade Range, Mount St. Helens is a large eruptive cone consisting of lava rock interlayered with ash, pumice, and other deposits.

The mountain includes layers of basalt and andesite through which several domes of dacite lava have erupted. The largest of the dacite domes formed the previous summit, and off its northern flank sat the smaller Goat Rocks dome.

Both were destroyed in the 1980 eruption. A few weeks ago, scientists have measured that the lava dome is rising about 5 meters (16.4 feet) a day, probably preparing the next big blast!