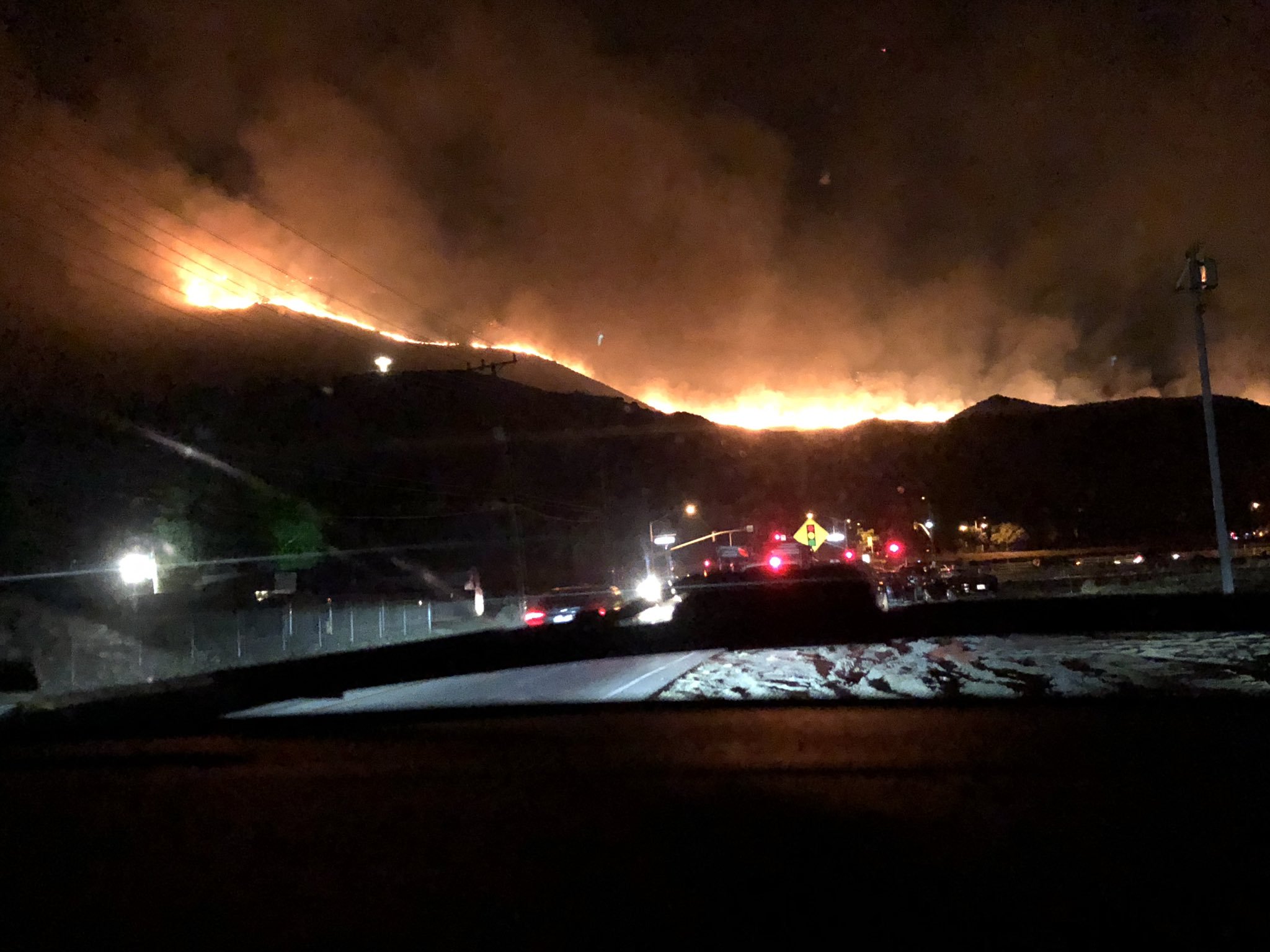 
A 200-acre brush fire erupted Saturday in the Juniper Flats area between Perris and San Jacinto.

The inferno forced mandatory evacuations of more than 200 people and was 10% contained as of Sunday morning.

It was reported at 5:52 p.m. in the 21000 block of Horseshoe Trail, Riverside County Fire Department spokesman Rob Roseen said.

FIRE EMERGENCY: The Horseshoe Fire in California has grown to at least 200 acres, forcing residents to evacuate from the area as firefighters battle back the blaze. https://t.co/xWpQkNSPv1 pic.twitter.com/fMO2SH2C3x

“The first arriving engine reported the fire burning in heavy fuels with a moderate rate of spread,” he said.

More than 200 firefighters were assigned to battle the fire along with two air tankers and one helicopter, Roseen said.

200-acre bushfire in California forces hundreds out of their homes#HorseshoeFire https://t.co/EFPdnLFtS5pic.twitter.com/I0hjX5vkFE

No injuries were reported. The fire’s cause is under investigation.

#HorseshoeFire ? unofficial, automated update.
Near Temecula, CA. ⚠️ DO NOT USE FOR SAFETY PURPOSES – See officials instead. May be incorrect; disclaimers in images.https://t.co/5fslR14pO8 pic.twitter.com/VeMNb4Wnvc

At least 60 homes and more than 200 residents were under mandatory evacuation as of Saturday night, CAL Fire Riverside said.

#HorseshoeFire All residents east of Cottonwood and south of Mulberry mandatory evacuations due to fire activity. Care and reception at Tahquitz High School. pic.twitter.com/ELOF64ZDap

Evacuations are in place in San Jacinto near the intersection of Cottonwood Avenue and Warren Road, CAL Fire Riverside said. Homes in this community, to the west of Warren Road and south of Mulberry Street, are under a mandatory evacuation, authorities said.

A care and reception center has been established at Tahquitz High School, located at 4425 Titan Trail in the city of Hemet.

Scans of Mummified ‘Golden Boy’ Reveal He Was Covered in Magical Protections : ScienceAlert
Babies May Not Be Born With a Microbiome After All, Scientists Say : ScienceAlert
‘Funky Worm’ Fossil Helps Explain The Mysterious Origins of Amphibians : ScienceAlert
An Expert Explains Why The Radioactive Water Stored at Fukushima Should Be Released : ScienceAlert
Scientists Create Shapeshifting Humanoid Robot That Can Liquefy And Reform : ScienceAlert