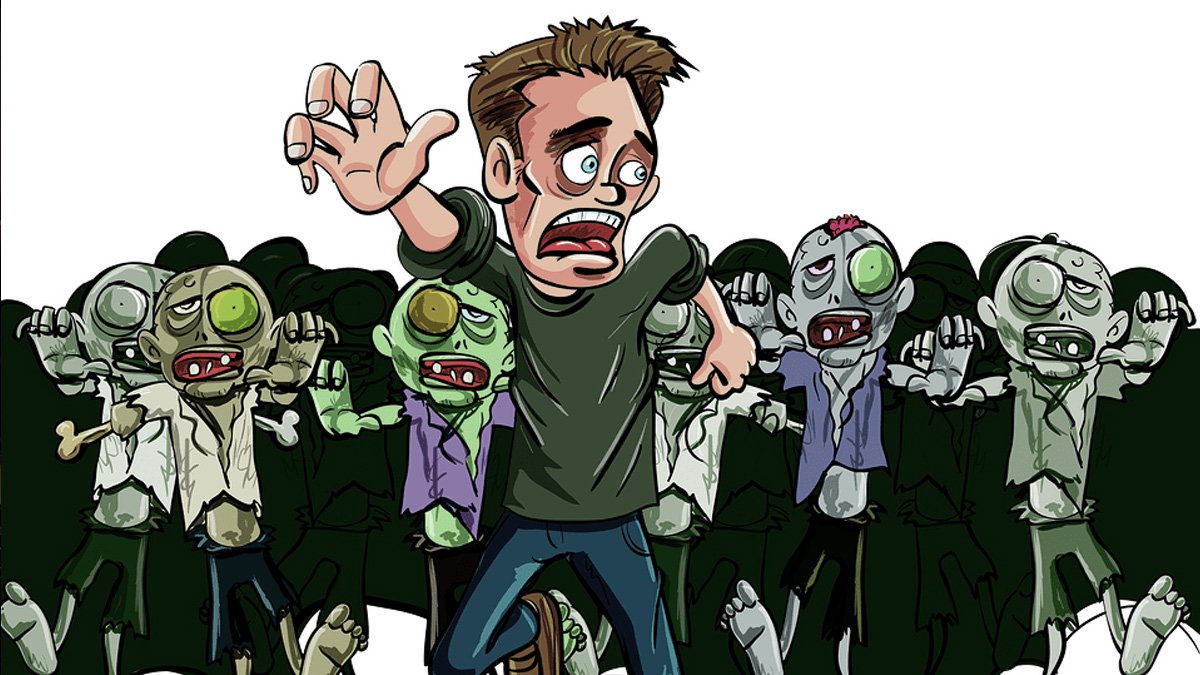 
You want a skin-crawling discovery?

An Australian scientist has proved that human bodies move around significantly for more than a year after death.

After studying and photographing the movements of a corpse over 17-months, Alyson Wilson told AFP on Friday that she found humans don’t exactly rest in peace.

In one case study, arms that began held close to the body ended up flung out to the side.

“We think the movements relate to the process of decomposition, as the body mummifies and the ligaments dry out,” she said.

Yes We Are Zombies

To carry out her unusual form of people watching, Wilson took the three-hour flight from Cairns to Sydney every month to check on the progress of a cadaver.

Her subject was one of seventy bodies stored at the Southern Hemisphere’s only “body farm”, which sits at a secret bushland location on the outskirts of Australia’s largest city.

Officially known as the Australian Facility for Taphonomic Experimental Research (AFTER), the farm is carrying out pioneering research into post-mortem movement.

Wilson and her colleagues were trying to improve a commonly used system for estimating the time of death using time-lapse cameras and in the process found that human bodies actually move around significantly.

“Once I observed a movement in a previous study, I started researching and couldn’t find anywhere in the world that looks at quantifying the movement, so I thought OK, I’m going to do this.”

Her findings were recently published in the journal Forensic Science International: Synergy.

A better understanding of these movements and the rate of decomposition could be used by police to estimate time of death more accurately.

She hopes the knowledge could, for example, narrow down the number of missing persons that could be linked to an unidentified corpse.

A better understanding of post mortem movement could also help to reduce the incorrect cause of death or misinterpretation of a crime scene.

“They’ll map a crime scene, they’ll map the victim’s body position, they’ll map any physical evidence which is found, and they can understand the cause of death.“

“I was fascinated with death from a child and was always interested in how the body breaks down after death. I guess that comes about from being raised on a farm and seeing livestock die and watching that process,” she said.

Be ready, the zombie apocalypse is near.

New Prototype Device Generates Hydrogen From Untreated Seawater : ScienceAlert
Incredible ‘Fairy’ Robot Sails on The Breeze Like a Floating Dandelion : ScienceAlert
A Lost Interview With The ‘Father of The Big Bang’ Was Just Discovered : ScienceAlert
High-Fat Diets May Break The Brain’s Ability to Regulate Calories : ScienceAlert
Mysterious Medieval City in Africa Had a Genius System to Survive Drought : ScienceAlert