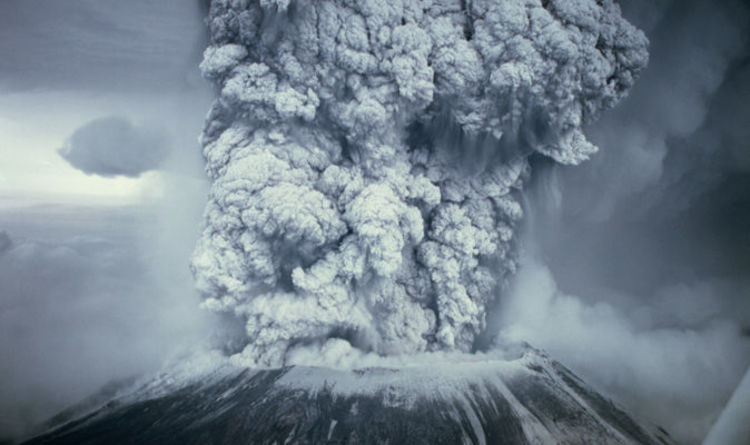 
On May 18, 1980, the Mt St Helens volcano situated in Washington erupted, leading to 57 deaths and $1.1bn (£843m) worth of property damage after it deposited ash in 11 different states and five Canadian provinces.

The eruption of the 2,550 metre tall volcano was described by the National Oceanic and Atmospheric Administration as “the deadliest and most economically destructive volcanic event in the history of the United States”.

The majority of the 57 deaths were a result of asphyxiation from the inhaling of hot ash.

One volcanologist’s final moments were recorded on radio broadcast when he was caught up in the eruption.

David Johnson was just 30-years old when the blast occurred.

At the time, he was situated in a US Geological Survey (USGS) base on the side of the volcano, six miles from the mountain’s mouth.

When Mt St Helens begins to simmer two months before it exploded into life, he can be heard talking over radio broadcast, seemingly predicting that he will be hit.

He then begins to chuckle, saying: “This is not a good spot to be standing in”.

On the day of the eruption, Mr Johnson was proved right.

In his final radio broadcast to authorities, you can hear the terror set in as a lateral blast – an explosion which takes place on the side of the volcano rather than the summit – barrels towards his post from the eruption.

The broadcast then went silent.

KING 5’s Rich Marriott, a meteorologist for the Forest Service Avalanche Center, flew to the volcano shortly after the eruption in 1980.

He told NGW: “The blast from the Mount St Helens eruption scorched the surrounding landscape for nearly 20 miles. The direct blast obliterated everything for a distance of eight miles.

“The shock wave toppled trees in the intermediate blast zone, and you could see burned trees that were left standing in the outer seared zone.

“It seemed like we were flying into hell, not somewhere in the Cascades.”